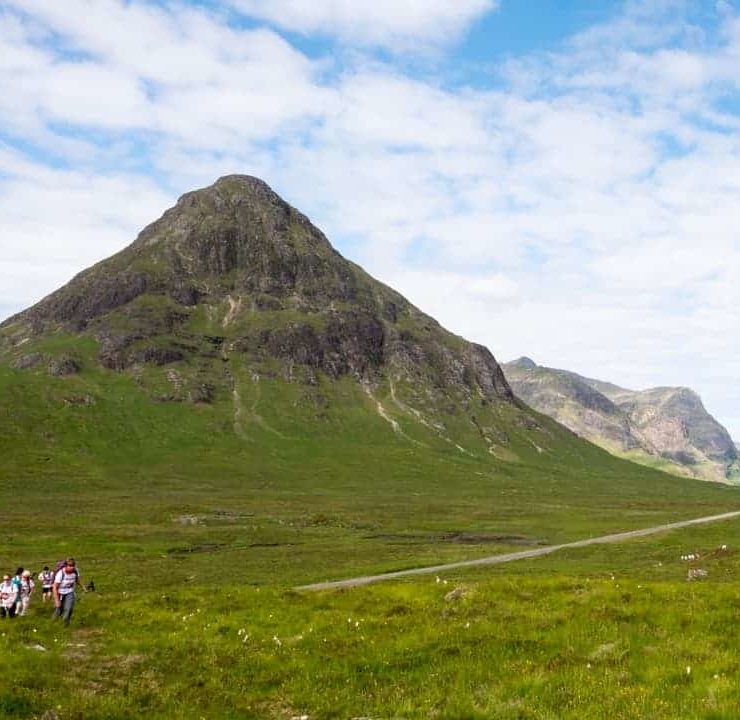 From influencers climbing over the fence at Kilt Rock on Skye to people being rescued from their Outlander fantasies in the Devil’s Pulpit, sadly there is overtourism in Scotland. It is time to do something about it, so next time you plan a trip, instead of googling the ‘top ten things to do in Scotland’ – here is where to visit in Scotland instead.

Glen Coe is one of the most beautiful places to visit in Scotland – no debate there. However, Glencoe has become one of the main sites of overtourism in Scotland – a sea of selfie sticks in front of the Three Sisters, dangerous parking for the shot of the wee white hoose, the drone of drones over Rannoch Moor, queues of tripods in front of a puddle beneath Buachaille Etive Mor, and most depressingly, red deer leaving their herds behind for a diet of polos and chocolate biscuits in exchange for selfies. It’s all rather depressing. Instead, let me introduce you to my (other) favourite glens in Scotland.

If you have to visit Glencoe – here is my guide to exploring on foot (you’ll see a lot more away from the A82!)

Why not visit one of these glens instead?

There’s a growing furore around the popularity of the North Coast 500, the road trip driving route which has successfully brought tourists to some of the remotest parts of Scotland, but without the infrastructure to deal with them.

With frustrations including, but not limited to, campervans clogging up single track roads, frustrated locals stuck behind queues of traffic going 20mph, horrendous displays of reversing (seriously, you don’t wildly swing your wheel around driving normally do you?) and waste dumped at the side of the road, or in the rivers… the NC500 is contributing to overtourism in Scotland. Here’s my favourite road trips to do instead.

Why not drive one of these road trips instead?

There is no debating that Outlander has become a cultural phenomenon, leaving Braveheart and the Outlaw King in the dust. However, Outlander overtourism in Scotland has lead to flowers being left for a fictional Fraser at Culloden (not to mention the war grave selfies) parking problems at the Devil’s Pulpit, overwhelmed residents of little Culross and Falkland, and trampled ground around the Callanish Stones on Lewis – just in case you get transported back to 1743 – it could be said that our obsession with Outlander has got a little out of control.

As an Outlander fan, I understand the desire to visit the main Outlander filming locations, but here are 3 of the lesser-known filming places to visit in Scotland you could visit instead.

The Isle of Skye is on most people’s lists of Scottish islands to visit – and it is no wonder. With the Fairy Pools, the Quiraing and Old Man of Storr, Neist Point Lighthouse, and Kilt Rock, the Isle of Skye’s outdoor attractions are legendary. However,  they are also overrun! From traffic jams in the Fairy Glen to campervans literally driving off the roads to queues of people waiting to take the same selfie, it could be said in summer Skye adds the most to overtourism in Scotland.

If you have to visit the Isle of Skye do it out of season – hike out to the Elgol Peninsula to get away from the crowds.

Why not visit one of these spectacular islands instead?

Ahhh Nessie, one of Scotland’s best-known myths (we also have the Haggis, the Selkie, the Kelpie, the Waterhorse, and the sober Glaswegian) and constant overtourism in Scotland attraction – drawing huge numbers of coach visitors to the boat trips out on Loch Ness. The problem is that Loch Ness isn’t actually Scotland’s most beautiful loch – there isn’t much to see in its 25 miles. Here are my favourite lochs to visit instead.

Lochs to visit in Scotland (instead of Loch Ness)

The UK’s biggest hill is actually one of the most popular tourist attractions in Scotland with 150,000 people attempting to climb to the summit each year – mountain overtourism in Scotland! The main route up Ben Nevis is the ‘Mountain Path’ – also known as the ‘the Ben Nevis tourist slog’ – which makes it sound easy – it is not. Don’t expect to get a view from Scotland’s highest mountain, the top of Ben Nevis is clear on average just 14 days a year! Unless you really want to climb Ben Nevis…

Here are a few much better hills to climb instead…

Want more off the beaten track places to visit in Scotland?

How to visit Scotland in Winter 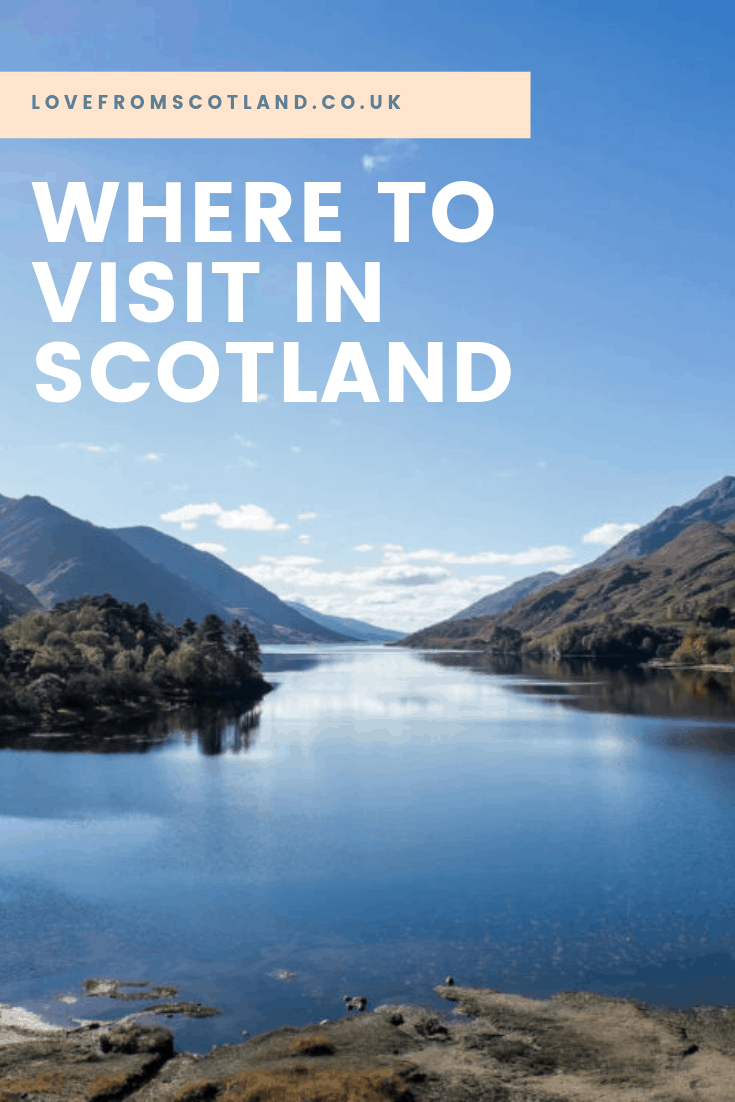 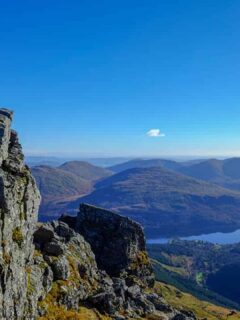 Previous
How to climb the Cobbler [& thread the needle!] 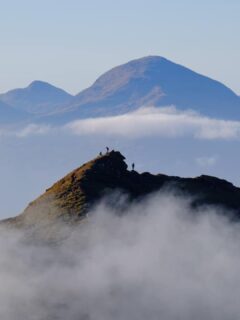 Next
The best Munros for Beginners
Click here to cancel reply.

I just did the north coast 500 a couple of weeks ago (I've been meaning to do it for years before it became known as a thing, I've driven the east coast more times than I can count) and actually it was nowhere near as busy as I expected! So I think it's still fine outside of tourist season. It was well worth doing, too - very beautiful! Funnily enough I also went to Skye on the same trip (because I had NEVER been there either!) but I did also do one of your alternative options (while visiting another place to avoid in this post, haha!) - climbed Buachaille Etive Beag. That said, I do want to do Ben Nevis at some point...

Love all your suggestions anyway! Still got a few to check out. :)

I'm just back from a few days in Scotland - but fortunately at a quiet, overlooked corner of Argyll between Inveraray and the coast. We explored the forests and Crinan canal, and went swimming in Loch Fyne, and everywhere was lovely and peaceful :)

Great post, great ideas! (Except where you give away our secret places! Haha) We go after the high season, and we keep returning to the same place for hiking, nature, and wildlife - where we grumble about "too many tourists" if we bump into 3 people all day! I like Outlander also, but traveling around Scotland just to see film locations, pretending it's real and ticking off a list is a bit daft. To each her own. We're heading to Scotland again soon, and when people ask where, I say, "An island, but not Skye." (since that's the only one people know) :-) I'd offer as an alternative to Rosslyn Chapel (or in addition) the Great Polish Map of Scotland near Peebles - the largest terrain relief map in the world. Have you seen it?

Such a great list, Kate! It's unfortunate how overtourism has reached a place that I always imagine to be so quiet and peaceful, but these are great recommendations to get away from the crowds. In many cases, I'm convinced that those off the beaten path spots are just as worthwhile, if not more so, than the biggest tourist attractions.

Great post Kate. Something I have been trying to also convey in recent posts. It's a shame we have to write about these things but the "Top spots" aren't the be all and end all to visiting Scotland