Scotland’s beaches such as Luskentyre on Harris, or Sand on Applecross might be world famous, but one of my favourite things about living in Edinburgh is that the city has a spectacular waterfront with over 40 miles of waterside walkways and its own Edinburgh beach. If you fancy a trip to the seaside, from Portobello, Cramond and Silverknowes, to dramatic castles at Seacliff and seaside town beaches at North Berwick, here are Edinburgh’s best beaches.

Stroll along the prom at Portobello

Once a thriving Victorian seaside resort, now a relaxed and sedate beach town compete with arcades and a promenade, Portobello is a favourite of Edinburgh locals for a stroll on a sunny day. Just 30 minutes from the centre of town and with views across to East Lothian there are very few places better in the city to have an ice cream than on Portobello’s huge sweep of sand. 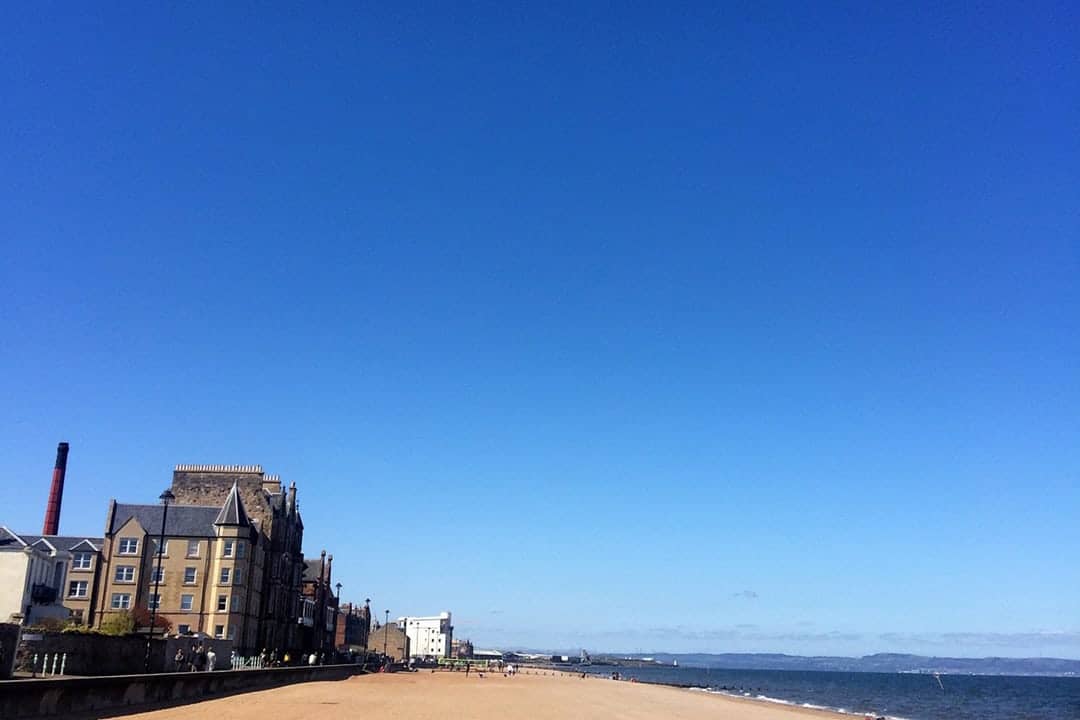 Cycle to Cramond and Silverknowes Beach

Cramond is a 19th Century village just 40 minutes from Edinburgh city centre. With whitewashed cottages, boats on the River Almond and the long causeway to Cramond Island, it’s a local’s favourite for a Sunday wander or a cycle along the Promenade to Silverknowes. Feeling energetic? Walk the Shore Walk to Queensferry to view the Forth Bridges. 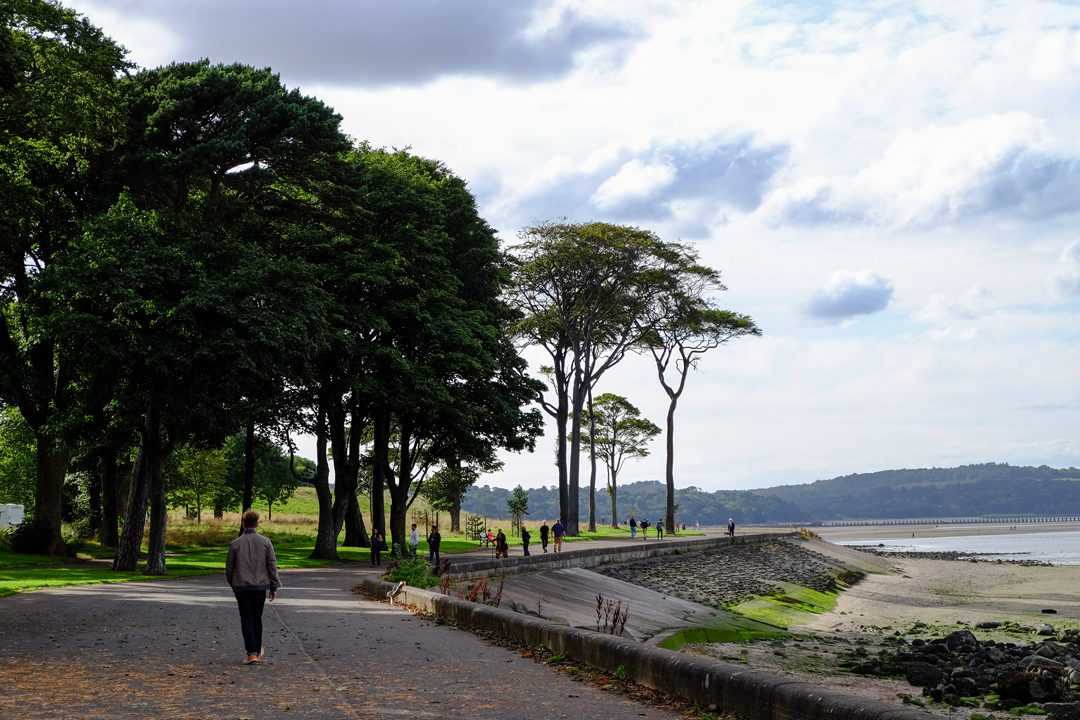 Walk out to beautiful Aberlady Bay

Aberlady Bay is Britain’s oldest nature reserve and the sand dunes, mudflats and salt marshes are home to over 550 plants, wading birds and in summer, 30,000 pink-footed geese. Wander through the dunes down to a beautiful beach with views of Edinburgh. The remains of two midget submarines on the beach are visible at low tide. 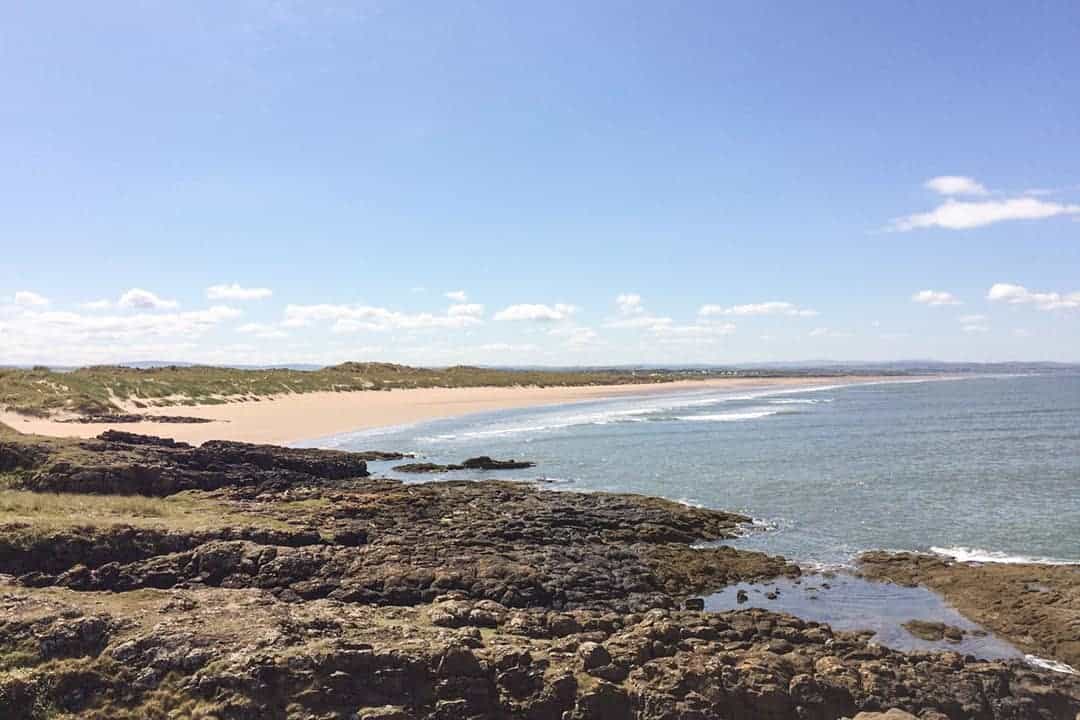 Search for treasure at Yellowcraigs Beach

Otherwise known as Broad Sands Bay, Yellowcraigs beach is located by the lovely village of Dirleton, follow the sign just past the Castle. Park up by the ice cream van, wind your way through the woods, up the extensive sand dunes, and pop out onto this spectacular bay. The beach has views of North Berwick Law and Bass Rock and to Fidra lighthouse sitting on Treasure Island. 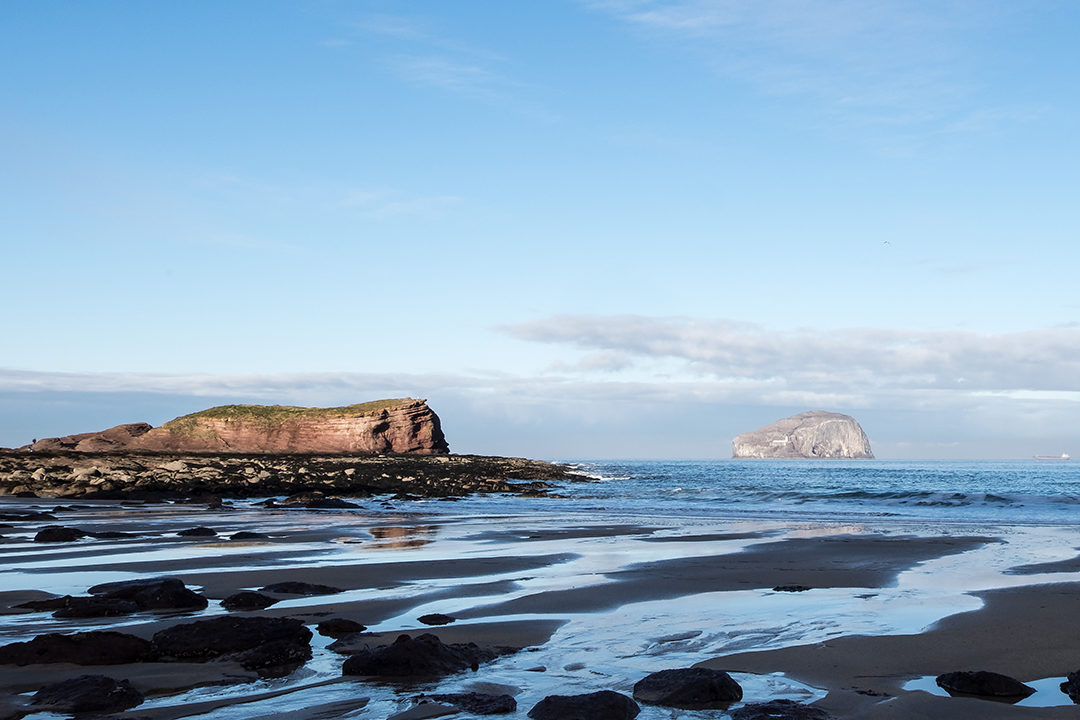 Take the family to Gullane

Popular with horse riders, dog walkers, surfers and ice cream munchers, with a car park right by the beach, the big sweep of sand at Gullane is one of Edinburgh and East Lothian’s most family-friendly beaches. Golf fans will also love the nearby links golf courses. 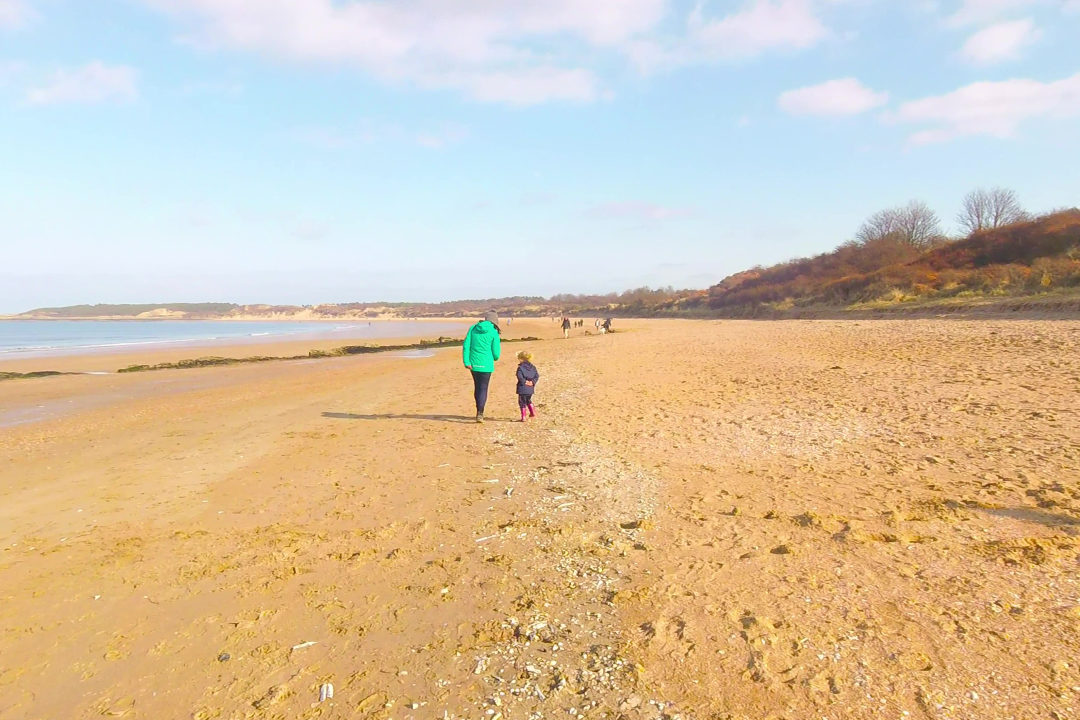 Find the castle at Seacliff Beach

Seacliff is an open secret to those in the know – find the tiny lane, pay your £2, drive down the little winding private road and park up. The beach is a short wander through the woods. Walk along the beach to reveal a stunning view of Tantallon Castle which sits on a dramatic cliff face and cross the rock pools to The Gegan to find Scotland’s tiniest harbour, blasted out of the rock in 1890. 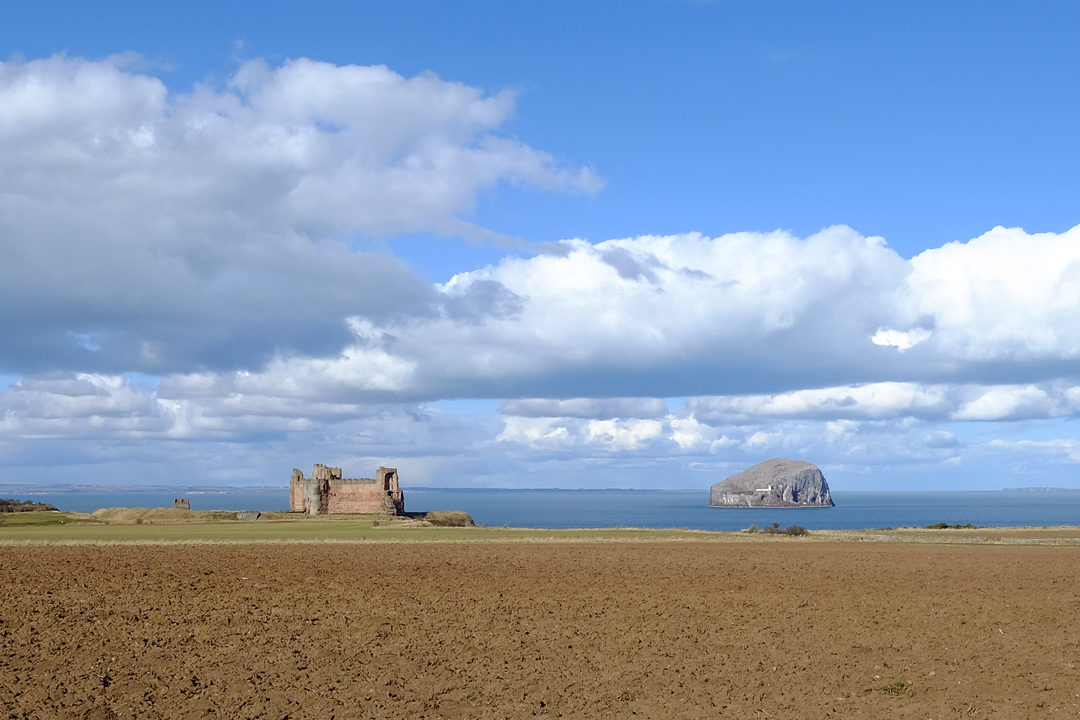 Head to the John Muir Country Park at Tyninghame Beach

Otherwise known as Ravensheugh Sands, Tyninghame has a quiet, wild, and remote charm. Walk through the woods along one of the many paths which wind their way through the golf links, finally emerging out onto the huge sandy bay with dramatic views of the Bass Rock. Tyninghame is my favourite of all the Edinburgh beaches – even when it’s full of happy families and dogs and kites and surfers, you feel like you’ve made it somewhere special. 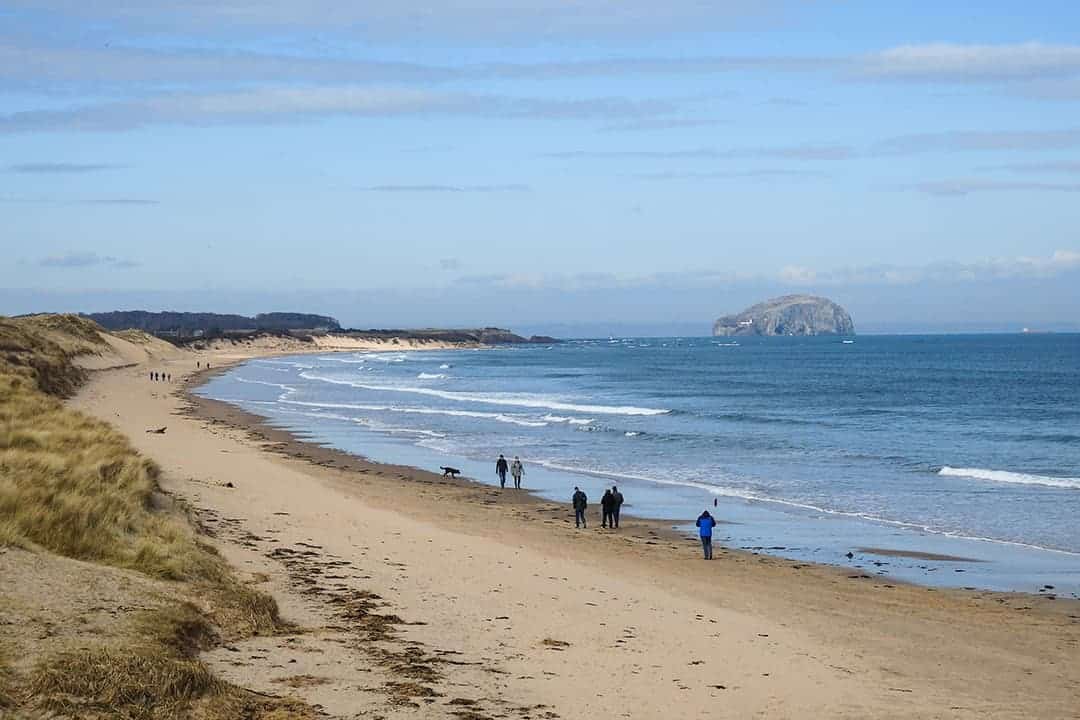 Go to the seaside at North Berwick Beaches

A quintessential seaside town, North Berwick has two beaches – the huge sweep of the West Beach and family friendly Milsey Bay with its boating pond. Grab a fish & chips picnic, visit the Seabird Centre and train your camera out onto Bass Rock, or take a boat ride out onto the Firth of Forth. 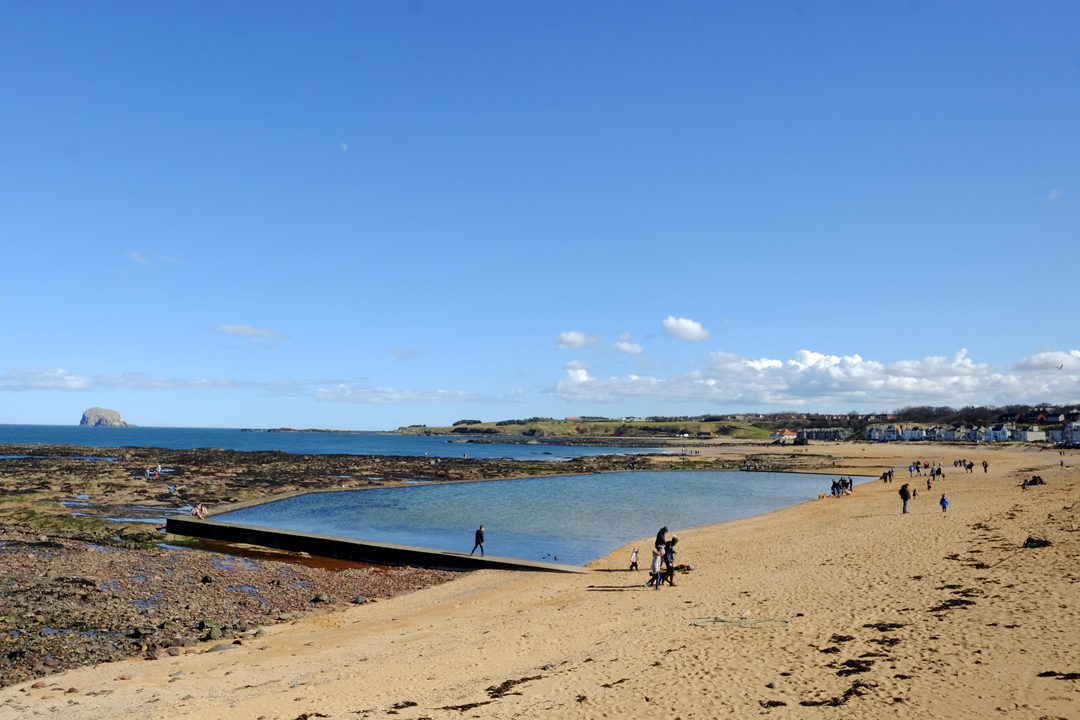 Which is your favourite Edinburgh beach? 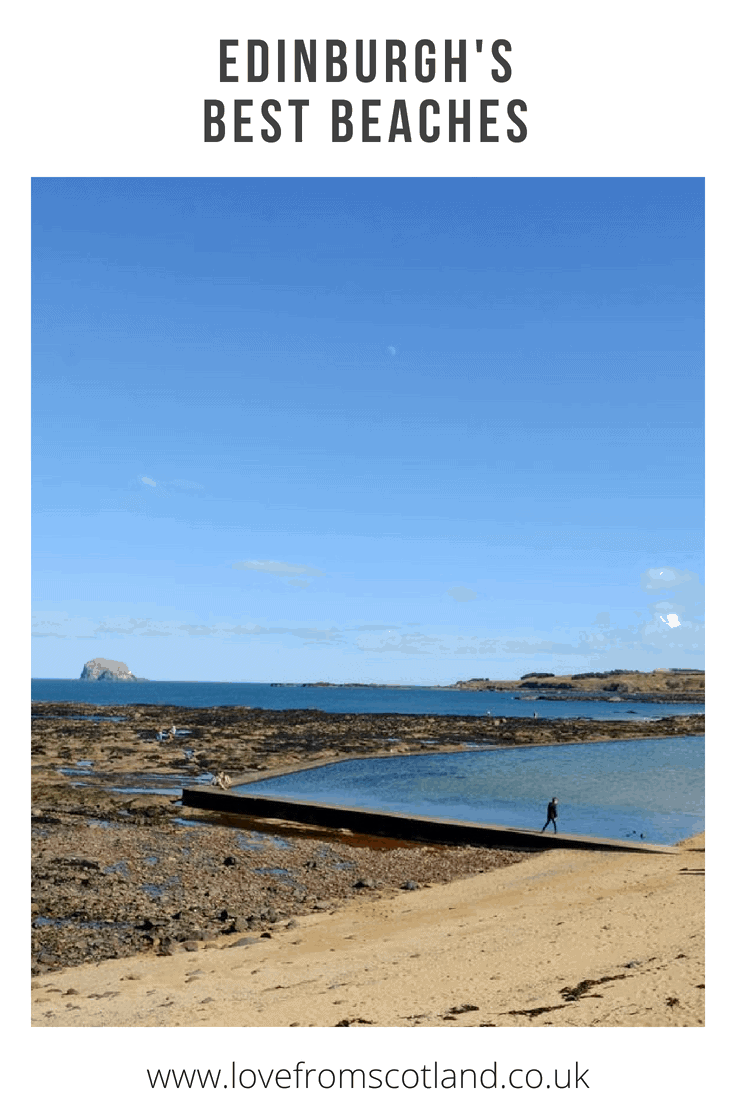 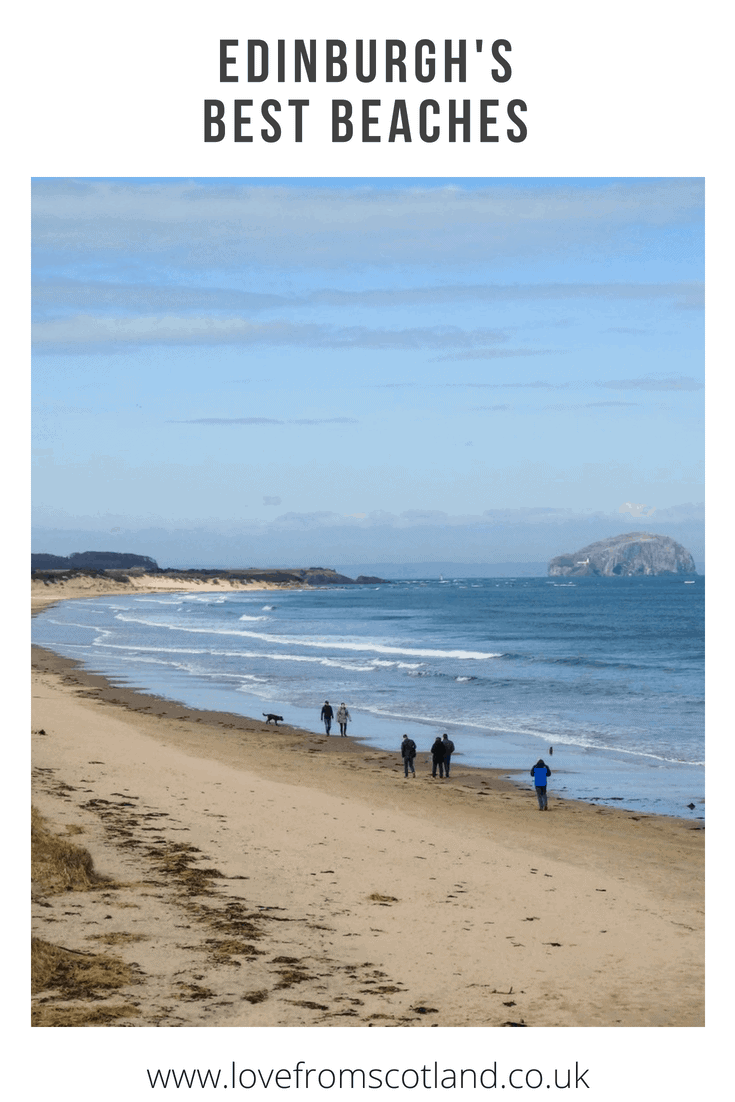