Did you know that Edinburgh has a spectacular waterfront with over 15 miles of waterside walkways? Walking the Shore Walk the quaint village of Cramond through the Dalmeny Estate to the dramatic Forth Bridges is one of my favourite ways to spend an afternoon. This is a walk with some very big views.

The walk starts at Cramond, a 19th Century village just 40 minutes from Edinburgh city centre. With whitewashed cottages, boats on the River Almond and the long causeway to Cramond Island, it’s a local’s favourite for a Sunday wander along the Promenade to Silverknowes. However, I recommend that instead you grab a take away bacon roll and coffee from the Boardwalk Beach Club and head up the River Almond and the Old Mill Trail. 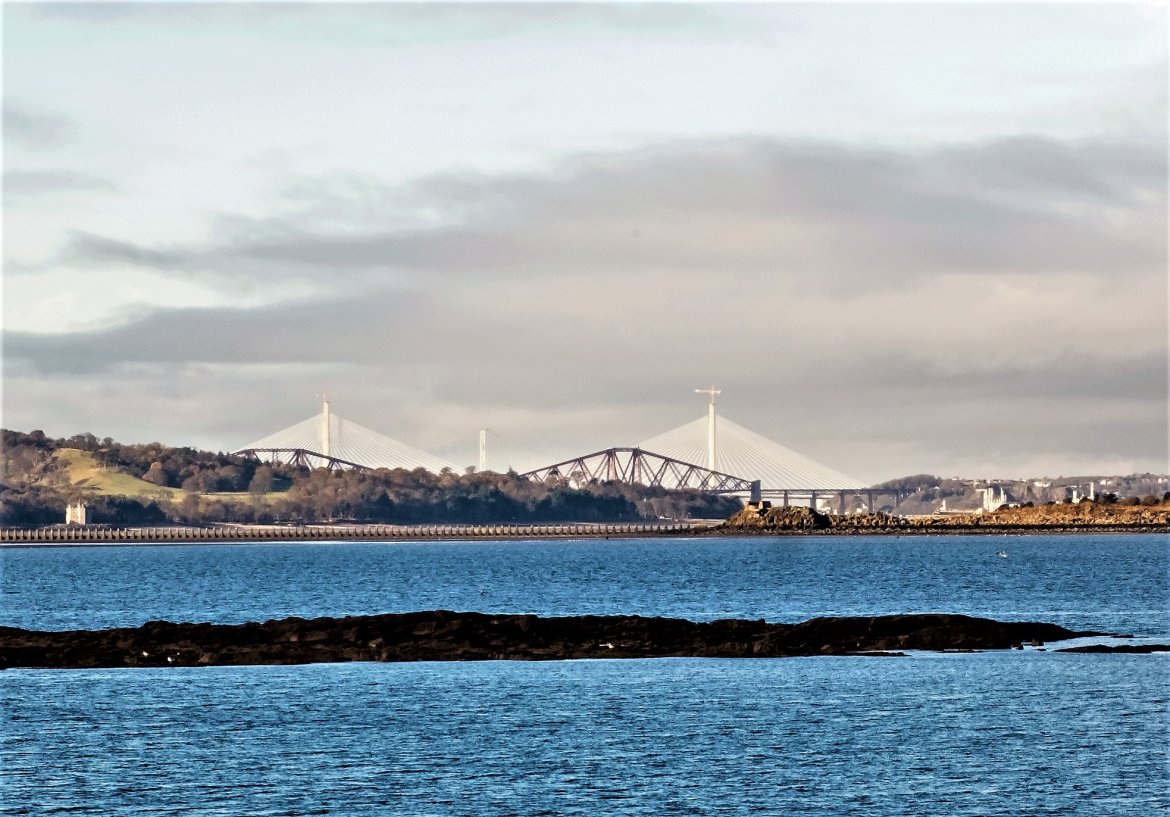 The River Almond holds a secret, this now enlightened festival city has a rather dirty industrial past. The river was once one of Scotland’s most polluted waterways, being home to corn and iron mills along its length.

An extensive programme of water regeneration and just look at it now. 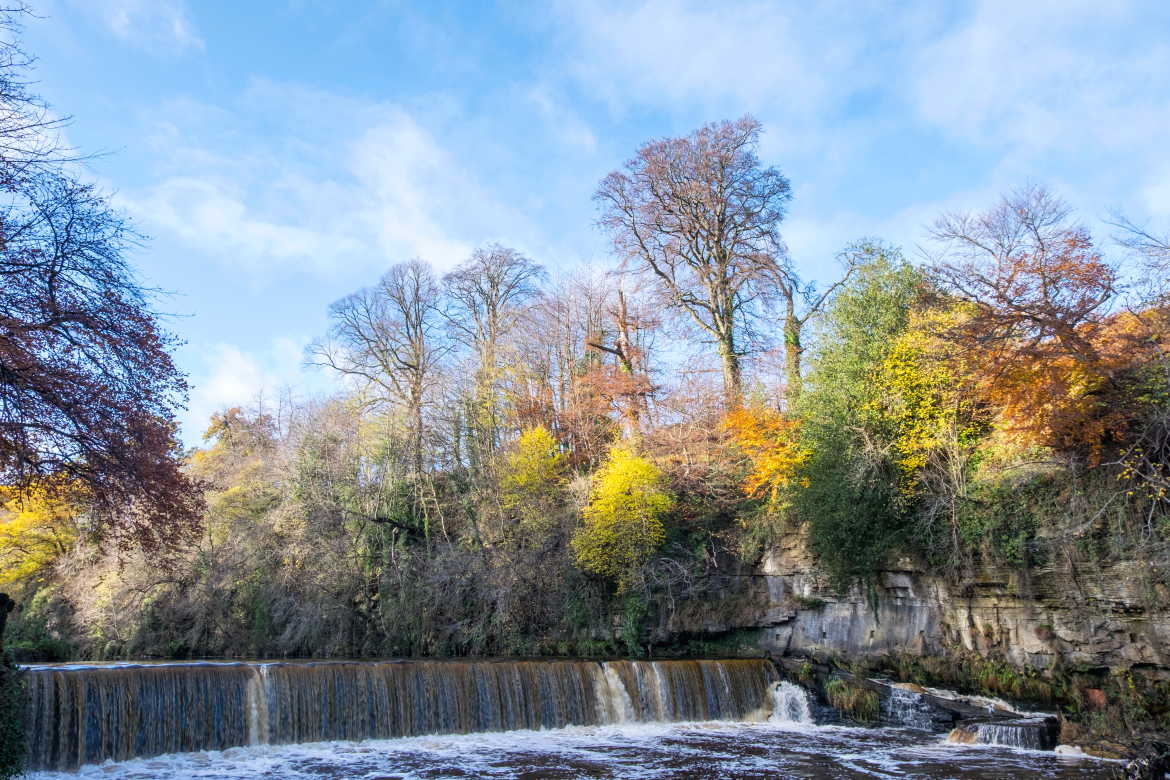 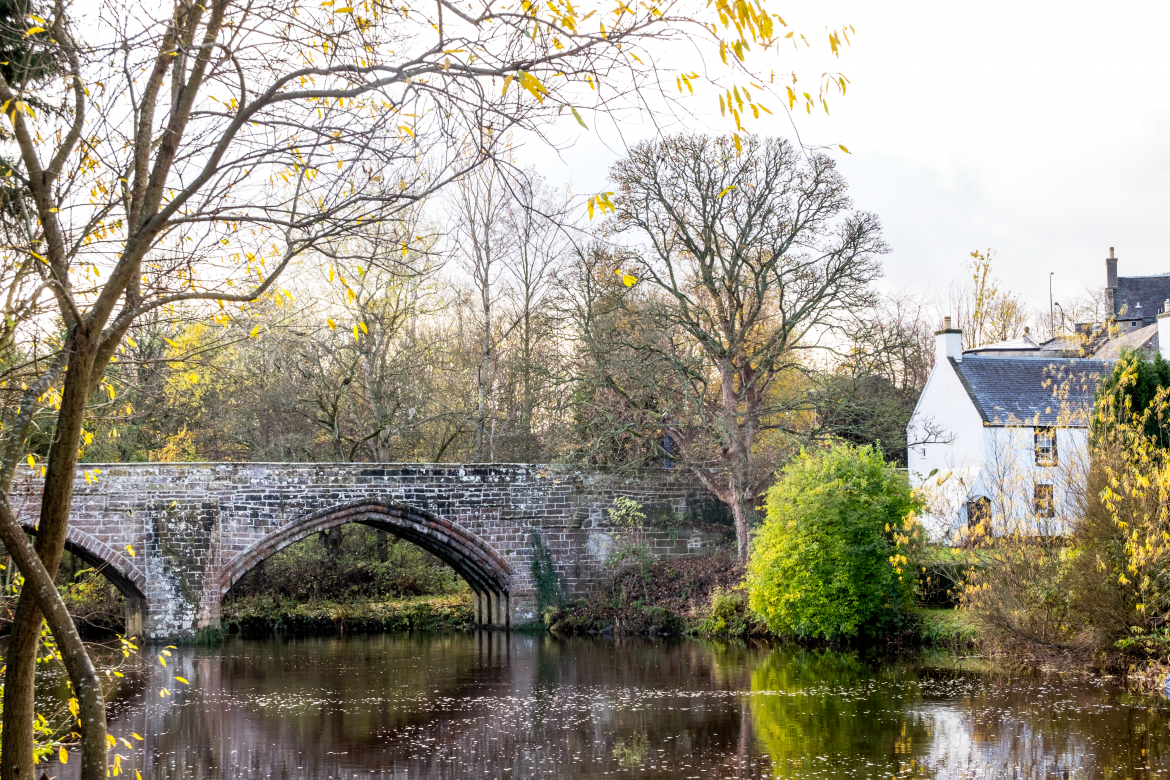 The path winds its way up the river and once you reach the Old Cramond Brig bridge cross over the river and pass the back of the pub to find the entrance to the Dalmeny Estate. Here you join the John Muir Way which takes you 6.5 miles to Queensferry along the Firth of Forth, with views of a series of increasingly beautiful and wild beaches.

The path takes you past the Dalmeny Estate’s two striking buildings; the manor house and my favourite, Barnbougle Castle which sits out on a headland, battered by the waves.

But would you wander along this coast if you knew the castle had its own ghost? It is said that the hound belonging to Barnbougle’s first owner, Sir Roger Mowbray (who was killed during the crusades) can be heard on dark & stormy night howling in pain at his master death.

Ever when Barnbougle’s lords,
are parting this scene below,
come hound and ghost to this haunted coast,
with death notes winding slow.

The castle certainly looks rather spooky doesn’t it? 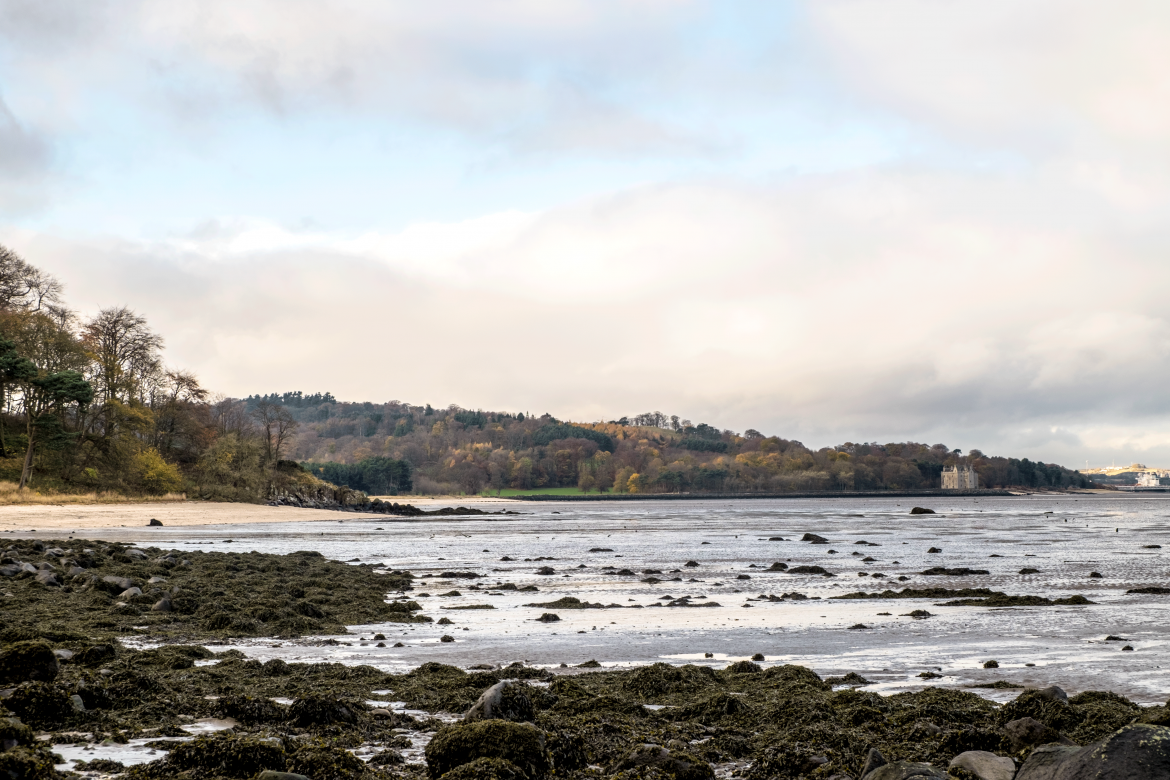 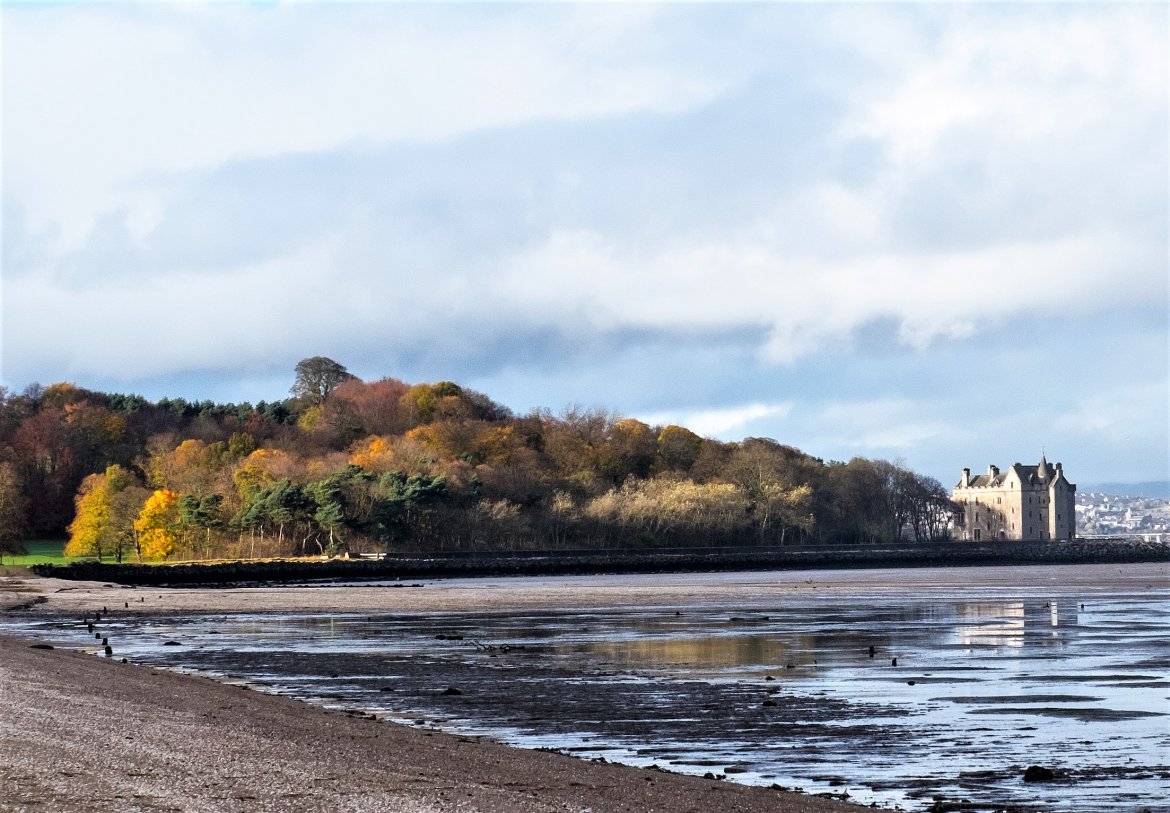 Reaching Queensferry and Hawes Pier, the Shore Walk reveals an unusual view of the three Forth bridges, the Rail Bridge, the Road Bridge, and the nearly completed Queensferry Crossing…

Which will forever be known to those from Edinburgh as the New Bridge. 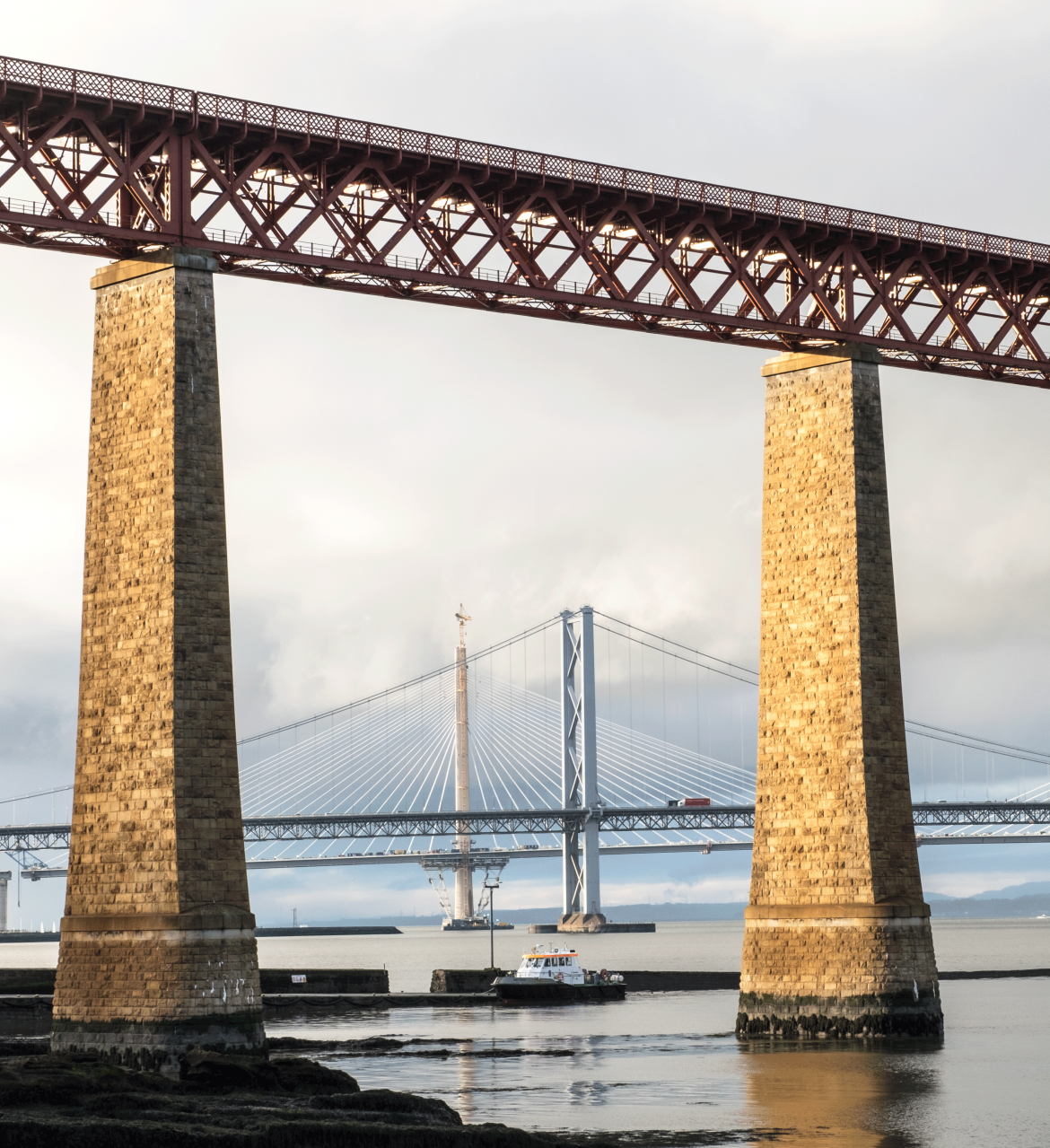 3 generations of rather beautiful bridges, right there.

Ah Edinburgh you are so pretty!

I’m looking forward to exploring Edinburgh so much more over winter, including walking the Water of Leith Walkway, the Union Canal and the whole waterfront! 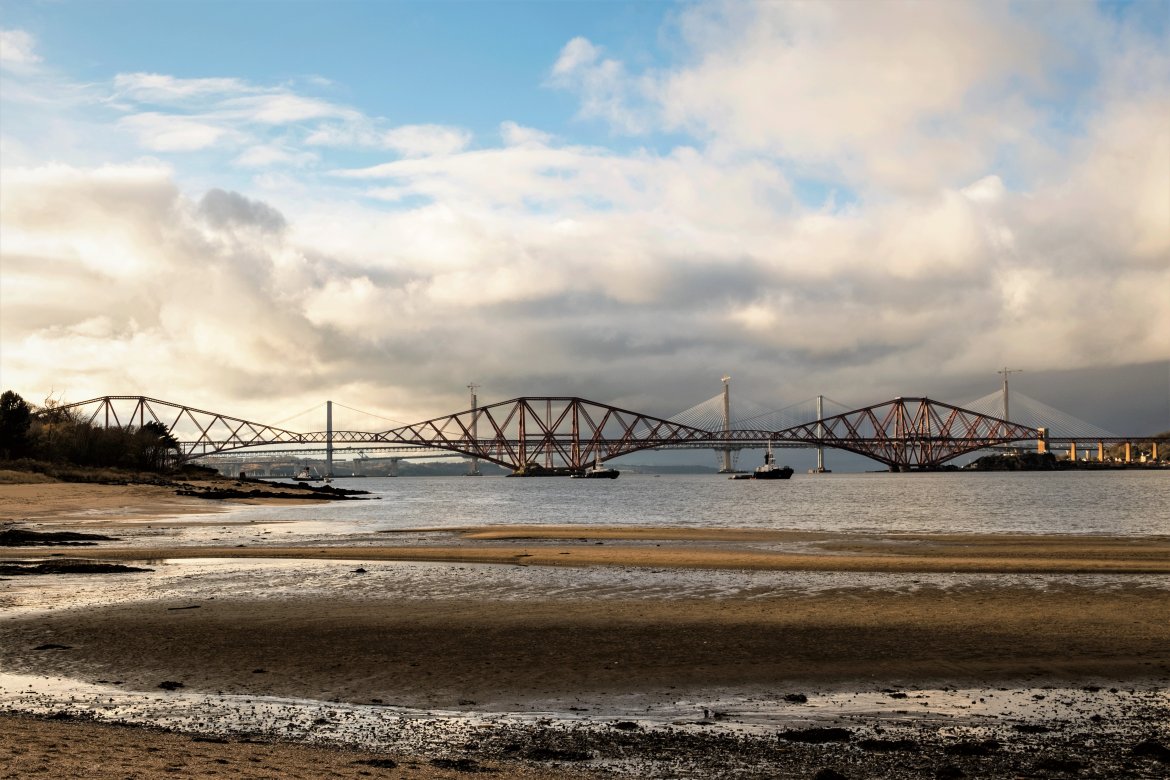 To get to the Shore Walk  – take the no.41 Lothian Bus 40 minutes north of the city to Cramond. At Queensferry jump on the train to Waverley or Haymarket from Dalmeny Station.

Thanks for sharing with #FarawayFiles! Cheers from Copenhagen, Erin

Love this! If I'm every back in Edinburgh (which I'm 110% sure I will be) we'll have to head to this walk. Thanks for sharing!

I spent a grand total of one day in Edinburgh about a million years ago. I had no clue that the shore was so pretty! Really bummed to have missed out doing this walk.

I would have never thought to explore Edinburgh's shoreline! It seems like you have a lot of options to explore along the coast. I would love to see the Old Cramond Brig bridge up close! It looks way too cute in your photos! Also, do you know if there's a tour for the castle?