Posted on Last updated: 30/04/2021 Categories Scottish History, Where to Visit

Tantallon Castle sits on a dramatic cliff face just south of North Berwick in East Lothian. We’ve driven past the castle so many times as we’ve explored East Lothian’s beaches, but we’d never headed inside…

Dating from the 1300s and having weathered three sieges, Tantallon is Scotland’s last great surviving medieval castle. The castle was left in its current state by Oliver Cromwell who bombarded it in 1651, whilst it was abandoned after his visit, he still failed to bring down the formidable 50ft high red sandstone curtain wall. 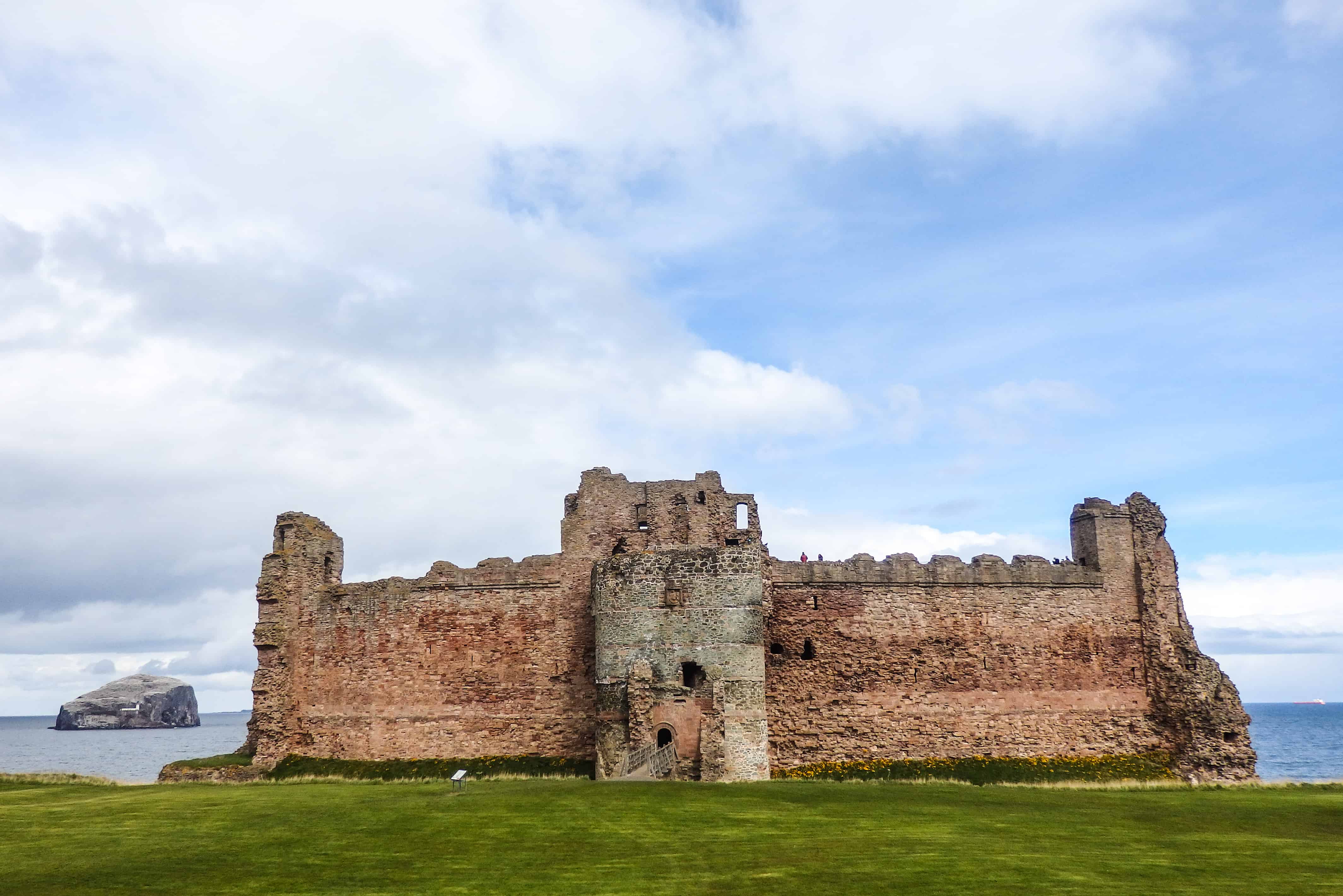 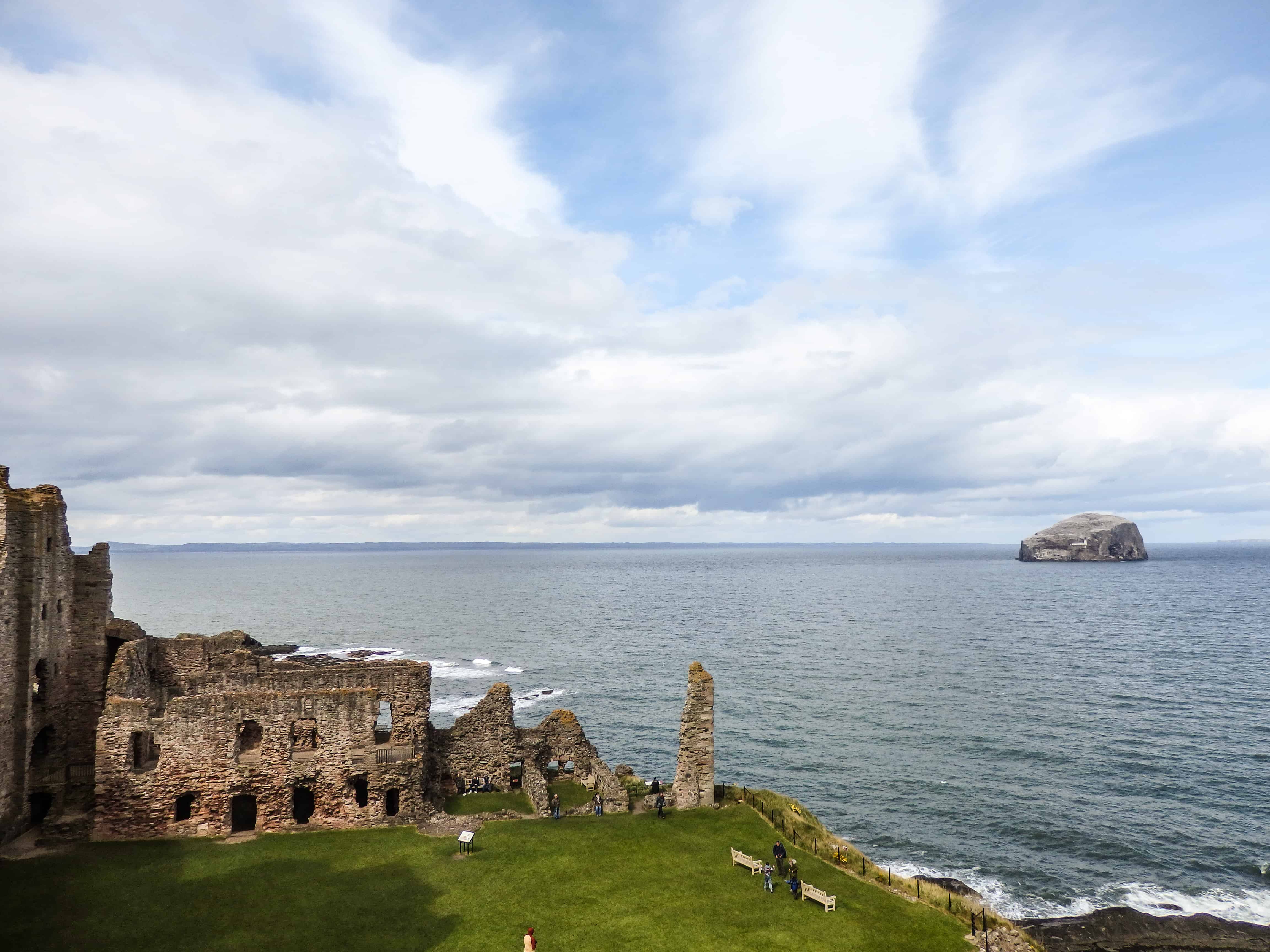 When o’er a height they pass’d
And, sudden, close before them show’d His towers, Tantallon vast
Broad, massive, high, and stretching far
And held impregnable in war
On a projecting rock they rose
And round three sides the ocean flows
The fourth did battled walls enclose.

Scott’s epic romantic poem was written in 1808, long after the castle was abandoned. Did you know that Marmion also gave us the line famous line, oh, what a tangled web we weave, when first we practise to deceive?  you really do learn something new every day. Inside the castle there are enough of the towers still standing to enjoy a good hour exploring the rooftops. The castle also has fabulous views of the thousands of seabirds who make Bass Rock their home. 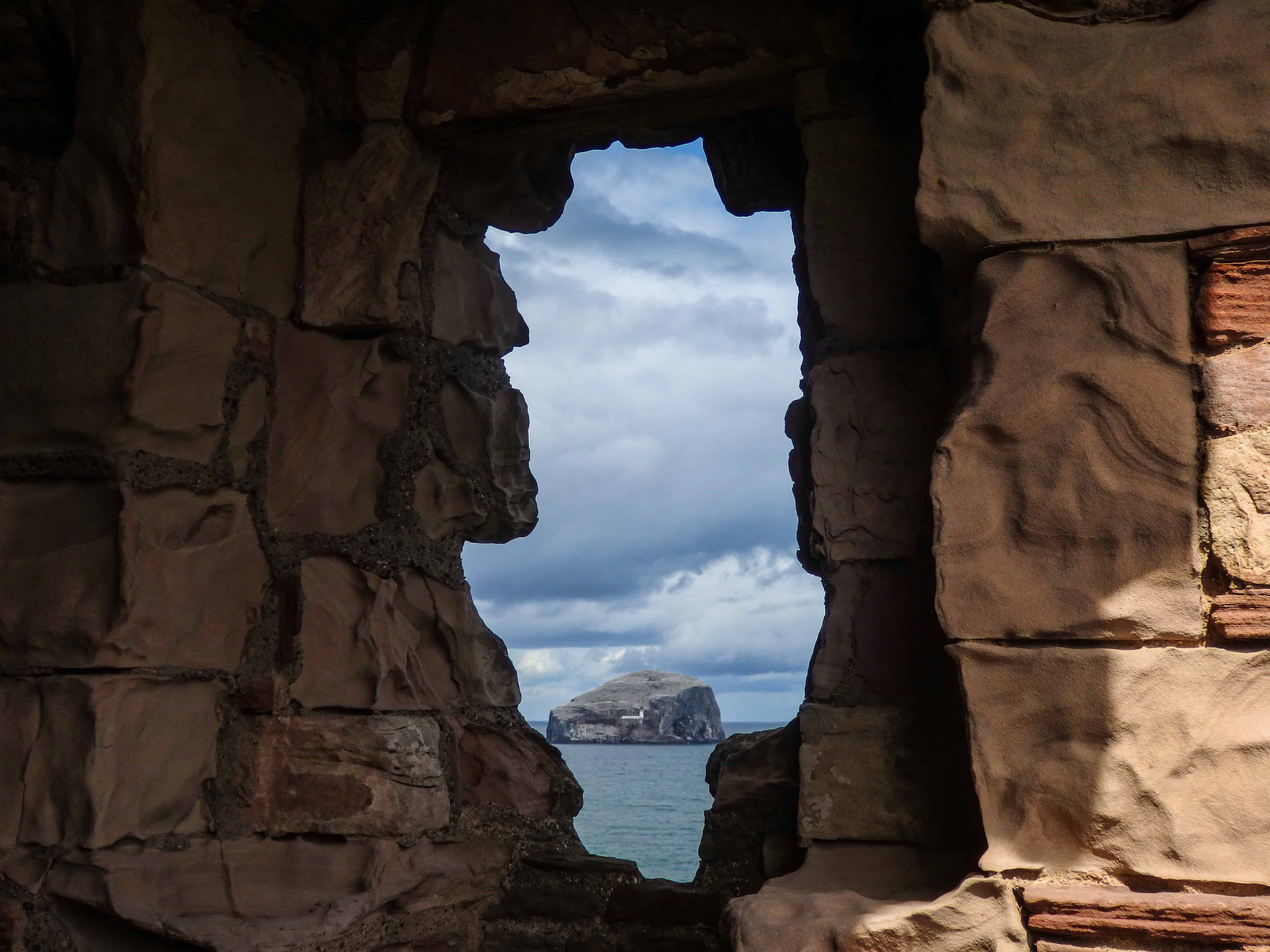 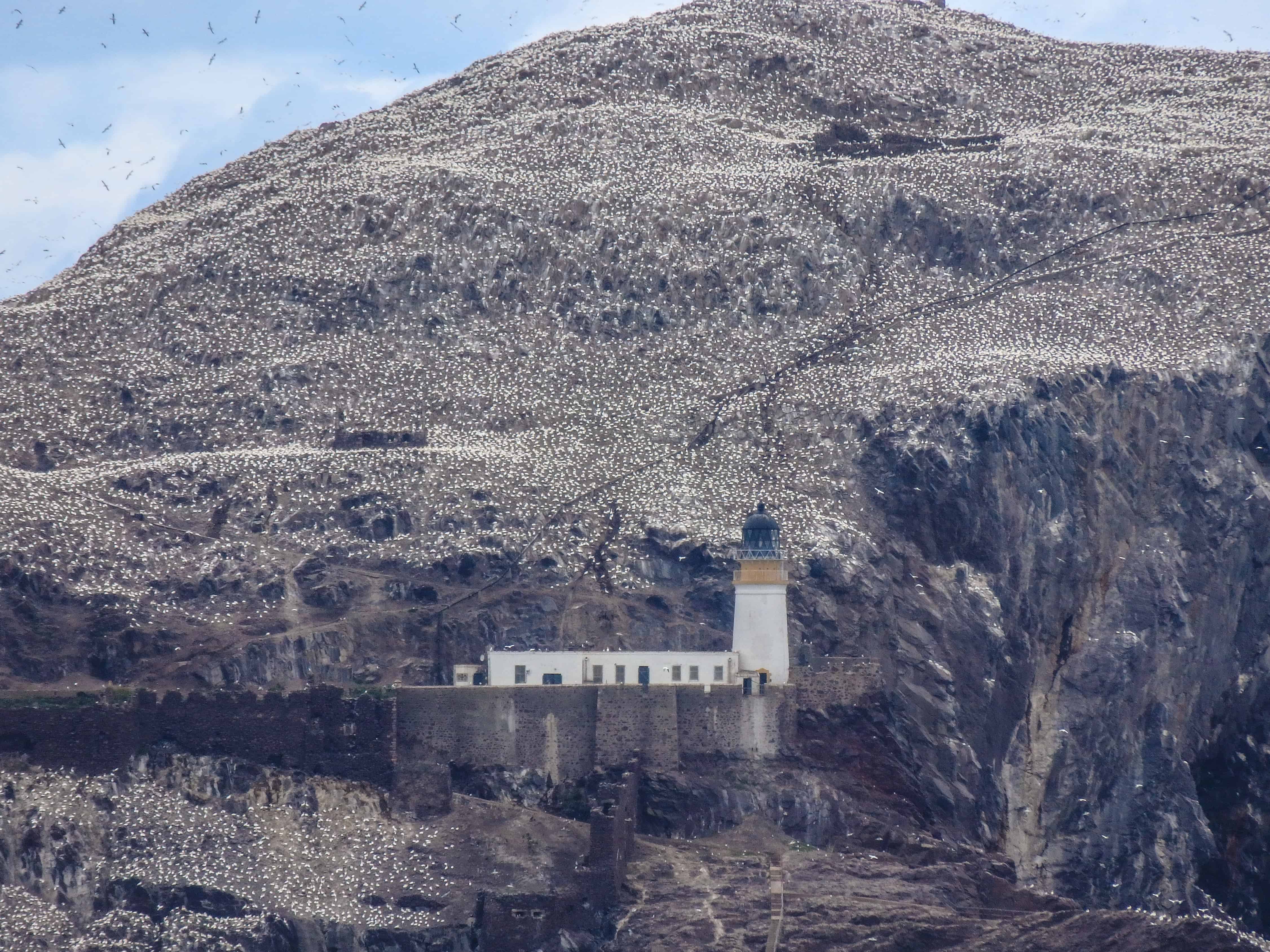 However, it is the location on the cliff top that really makes Tantallon something special. Head to nearby Seacliff beach to really get an idea of just how formidable this castle really was. 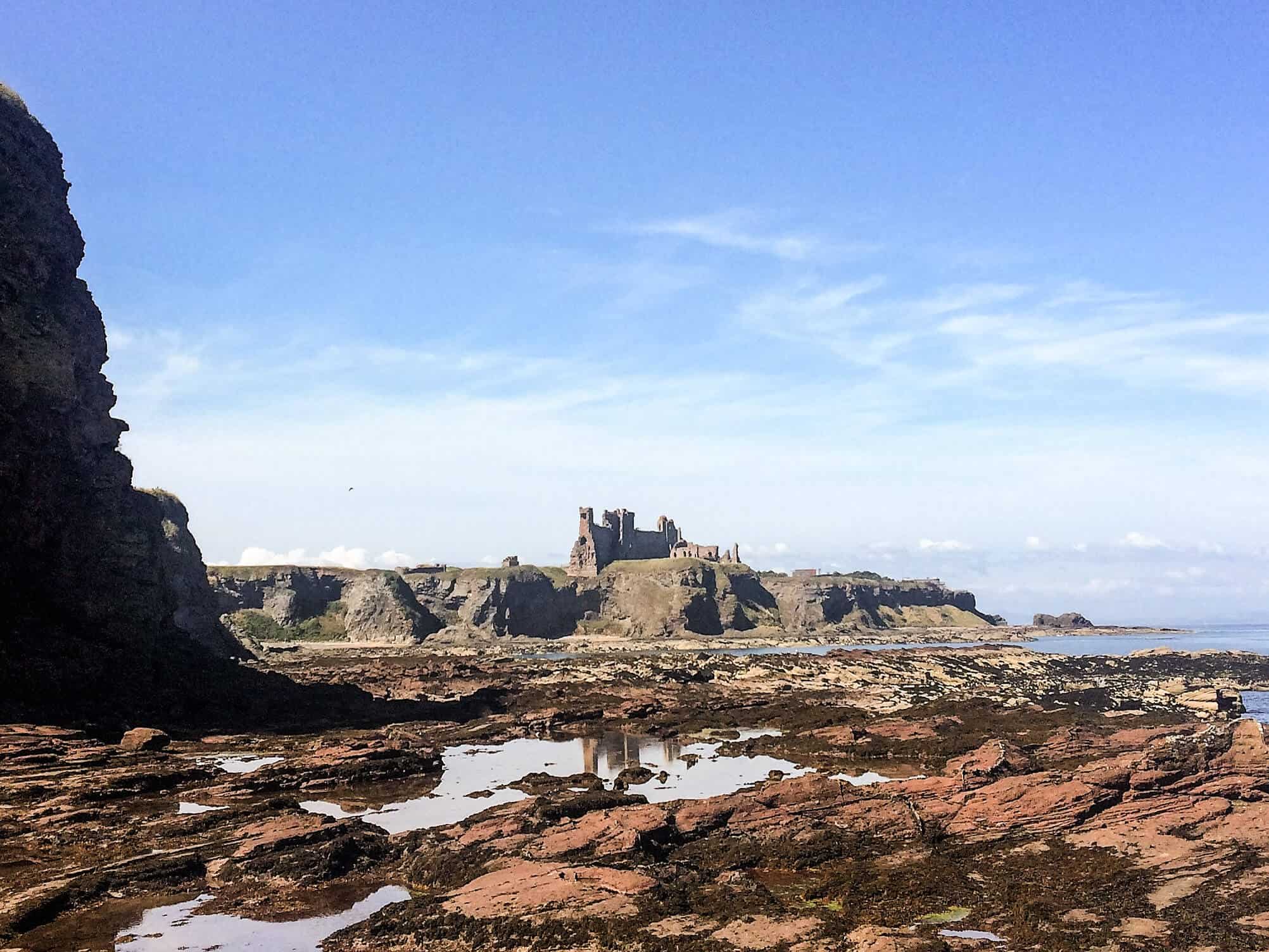 The castle is even more spectacular from the sky!

How to visit Tantallon Castle

The Castle is managed by Historic Scotland and costs £5.50 / £3.30 to enter. Free for members. Watch out for closures during bad weather, its location on the coast means high winds are common. The castle is a 45-minute drive from Edinburgh city centre or take the train to North Berwick and take Eve Bus no 120 (Dunbar) to Tantallon Castle. You can view the Eve Bus 120 timetable online. 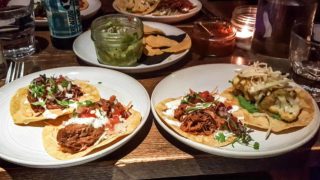 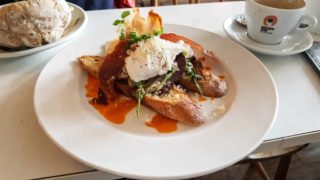 Next
Brunch in Edinburgh
Click here to cancel reply.

Stunning photographs as always. The views are amazing as is the castle! Love how you've captured different perspectives. Thanks for linking up to #MyFavouriteTrip Polly x

Lovely photos of such a awesome piece of Scottish history

Another castle to add to the list for when we're visiting! Lovely photos - especially the view of Bass Rock throgh the slit in the castle wall.