Where to stay in Galloway and South West Scotland

This is a paid partnership with Visit South West Scotland to promote Galloway, south west Scotland and the SWC300

Stretching from Scotland’s most southerly point to its highest village, South West Scotland has endless deserted beaches, cute Beltie cows, incredible moated castles, world-class mountain biking and a dark sky park – and maybe soon to be a National Park! Whether you are road-tripping the South West Coastal 300 or looking for a great base to explore, from the Mull of Galloway and Dumfries to the Southern Uplands and the Machar Peninsula, here’s where to stay in South West Scotland.

5 reasons why you will love Galloway and South West Scotland

Explore the Rhinns of Galloway by indulging your inner coastal geek by staying in a real live working lighthouse, complete with quirky decor and warm welcome.

Perched out on the Rhinns of Galloway with views to Northern Ireland, Campbelltown and the Isle of Arran is Corsewall Lighthouse. Built-in 1817, the lighthouse protects the mouth of Loch Ryan – and you can watch the ships pass by on their way to and from Belfast and Larne. The lighthouse is now automated from Edinburgh, with the working buildings now converted into hotel accommodation including unique suites overlooking the Solway Firth.

We stayed in the Hotel’s Mull of Kintyre room which sits right behind the lighthouse and has access to a balcony with epic views of Ailsa Craig – the volcanic rock which sits off the Ayrshire Coast. Other suites have conservatories overlooking the crashing waves. Dinner is served in the hotel’s wood-panelled, ship inspired dining room and offers up a locally sourced and traditional 5-course fine dining menu.

5 Things to do at Corsewall Lighthouse, Dumfries and Galloway

2/ For the Southern Uplands – stay at Blackaddie Country House Hotel

Love fine dining? Then the Blackaddie Country House Hotel is for you. Owned by former Michelin Star Chef Ian McAndrew and his wife Jane, Blackaddie is a small luxury hotel with service so friendly it feels like you are being cared for in someone’s home – and with two AA rosettes there is rather good food on offer too.

We stayed in The Partridge, a contemporary room with a huge bathroom, complete with a spa bath, and a seating area overlooking the hotel’s market garden. If you like things traditional, The Grouse has a four-poster bed, and the River Suite has uninterrupted rivers of the River Nith, complete with outdoor seating to watch the sunset over the river.

However, it is the food for which people come to Blackaddie for. Serving up a new menu every night, Chef Ian McAndrew pulls from 45 years of experience as a chef. We dined on the fine dining five-course menu which included fennel ice cream, pulled pork, delicious venison, and pear tart tatin – completely fabulous!

5 Things to do at Blackaddie Country House Hotel

I love a quintessential Scottish country house hotel, and Mabie House Hotel has it in spades – along with a parrot! Surrounded by the beautiful woods and hills of Mabie Forest – complete with douglas firs, redwoods, giant sequoia and red squirrels. Muddy boots and bums are very welcome here – well the hotel is surrounded by one of the 7 Stanes – South Scotland’s world-class mountain bike centres. Mabie Forest has miles of tracks to explore, both by bike and on foot.

Bedrooms at Mabie House Hotel are palatial and grand – fitting for a house built for the landed gentry in the 17th century – and come with ensuites and very comfy beds. Dining is in the hotel wood-panelled drawing room and is locally sourced, very tasty and comes in huge portions – try the chicken & haggis in peppercorn sauce – you won’t be disappointed. Service is incredibly warm and welcoming – pull up a bar stool after tea, choose a whisky and while away your evening. You’ll soon see why Mabie House Hotel is so popular with returning guests!

5 Things to do around Mabie House Hotel

4/ For Wigtown and the Machar Peninsula – Stay at Fordbank House

The Machar Peninsula stretches from Newton Stewart to the Isle of Whithorn and has a long history – complete with standing stones and rings, and finding fame as the birthplace of Christianity in Scotland. Today the peninsula is also known for Wigtown – Scotland’s book town.

To discover the peninsula, stay at Fordbank House*, a grand Victorian B&B built in 1817 by the McLelland family who set up Bladnoch Distillery just down the road. Fordbank House offers three comfy bedrooms (a king-size, double, and twin) overlooking the rolling countryside of the Machar Peninsula outside your door.

Owner’s Lesley and David Miller are working to restore the house to its finery – starting with the 1 acre garden outside the front door. As with all good B&Bs, breakfast is plentiful, the delicious bread and cakes homemade – and the coffee, drunk whilst watching the world, and the sheep go by, rather good.

5 Things to do at Fordbank House

How to get to Galloway and South West Scotland

South West Scotland is made up of the country Dumfriesshire, with Dumfries the county town, and Kirkcudbright and Wigtownshire, which makeup Galloway. Other towns include Newton Stewart, Castle Douglas, Stranraer, Moffat and Lockerbie. To the north of Galloway is Ayrshire, with the coastal towns of Girvan and Ayr.

Are you ready to explore South West Scotland? Why not drive the South West Coastal 300 and discover all the best bits this gorgeous part of Scotland has to offer. 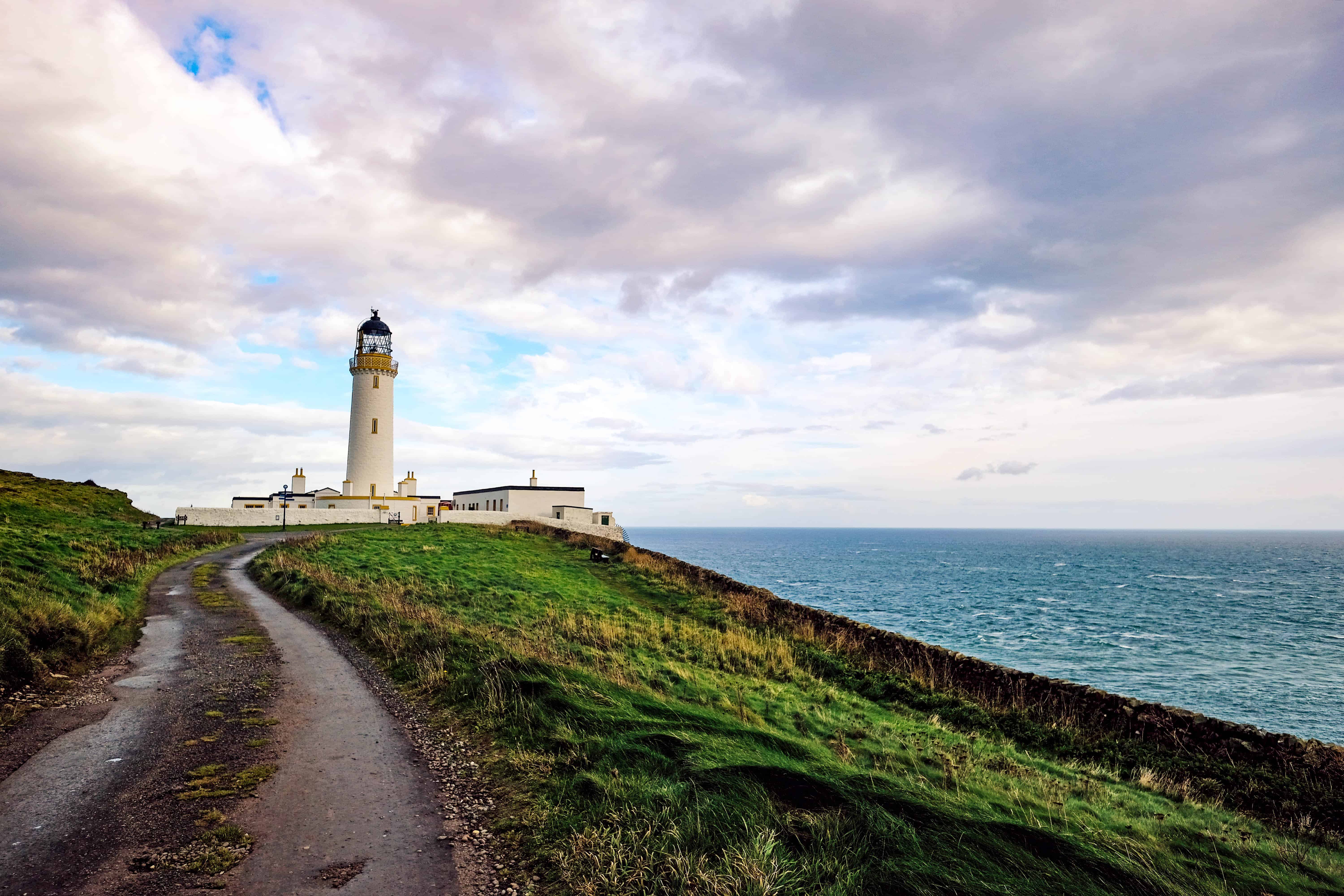 Grey Mare Tail and Drumlanrig Castle are two of my favourite places in the South West of Scotland. Thank you for sharing all these amazing places to see and visit.