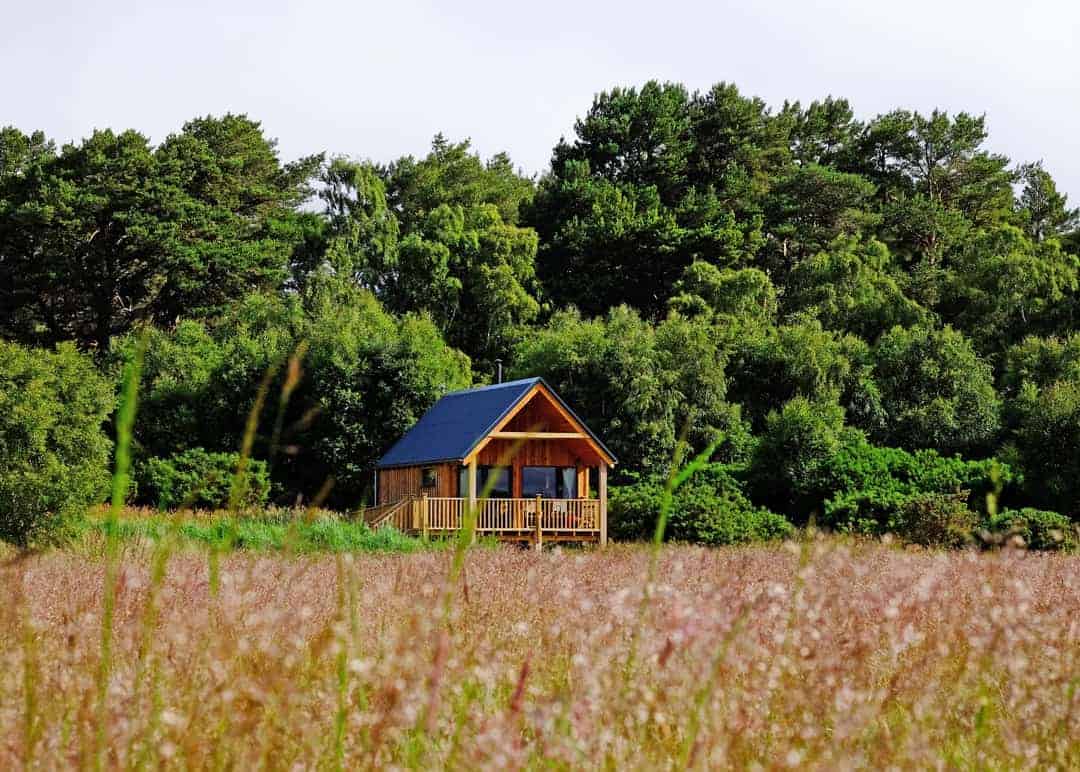 Welcome to the Birdwatcher’s Cabin…

At The Birdwatcher’s Cabin* in Balblair Woods on Loch Fleet in deepest Sutherland, all is quiet. The North Coast 500 might be right outside your door, but hidden on its own beach, the silence at Birdwatcher’s Cabin is only interrupted by the whistling cry of an osprey taking flight over Loch Fleet’s endless stretch of sand dunes, mudflats, and 100-year-old Scots pinewoods.

You won’t find Loch Fleet or Balblair Woods on any list of things to do on the North Coast 500, but this National Nature Reserve is home to some of Scotland’s rarest residents – the aforementioned ospreys, along with clouds of crossbills, greedy pine martens – and on the very rare occasion red squirrels and Scottish wildcats. For those lucky to live out here amongst all the wildlife, it is a tiny piece of paradise – and you can check-in for your own private getaway…

Where to stay on the North Coast 500

The region of Sutherland (or ‘the southlands’ as it was once called by the Vikings of Orkney) is one of Scotland’s remote places, stretching over 2000sq miles, from the Moray Firth to the sandy beaches of Durness. Mountains, coasts, and deep fjords make up most of this land, and there is more wildlife than people – Sutherland’s population, temporary residents of the North Coast 500 aside, doesn’t top 13,000.

Despite the promotion of the delights of Scotland’s east coast, much of the traffic on the North Coast 500 still thunders its way north bypassing Dornoch and through Golspie and Brora to Caithness – maybe with a quick stop along the way at the Instagram friendly Dunrobin Castle. East Sutherland is little visited. This is their loss and your gain.

A little cabin on Loch Fleet…

Built by the residents of Balblair Wood – Lizzie, Boban and their growing family – the Birdwatcher’s Cabin is the kind of place once discovered that you want to keep to yourself.  With the only interruption from staring out into the truly endless view across the loch being the friendly grumblings of Shoto (Balblair’s resident chocolate lab) passing by on his evening stroll around his grounds – there is not much else here to disturb the peace or the view.

Inside, the cabin is a lesson in minimalist luxury. Designed by Anta, East Sutherland’s famous architects & interior firm, there is a stunning rainfall shower in local Caithness slate, beautiful vintage furniture, stylish rugs and cosy blankets and an incredibly comfy bed with really thick sheets – the sheer quality of the cabin will just blow you away. If you need it there is wifi and satellite TV, but I promise you won’t want to turn it on once.

Tea & champagne at the Birdwatcher’s Cabin

On arrival, you will be greeted by fresh coffee & homemade cake – perfect for afternoon tea on the deck. For dinner, Dornoch is an option as is picking up fish n chips from Golspie, but I recommend making yourself at home in the cabin – you can cook a proper meal on the cabin’s wood-burning Esse stove – or on the gas hob if Scotland has, for once, decided its too warm to light a fire.

For the ultimate touch of luxury, pre-book the Birdwatcher’s Cabin’s romantic dinner package – with champagne chilling in the fridge on arrival and a hamper of local produce and wine delivered each day, you can indulge in a delicious local menu – we cooked up huge slabs of succulent salmon, roasted up a load of new potatoes & griddled asparagus all on the wood burner, and the next night were treated to thick local steaks with herb butter. For pudding, Lizzie and Boban’s wee boy might even bake you a cupcake!

If you do not want to go the whole hog, breakfast baskets can be also be ordered in advance and delivered each morning – fill up for the day on fresh warm bread and butter, fruit and yoghurt, and if you like, local bacon and fresh eggs to prepare for yourself on the stove. Perfect for a day out exploring, or before you head off on the next stage of your road trip!

Things to do at the Birdwatcher’s Cabin

Delay your road trip on the NC500, tear yourself away from that wood burner, put down the glass of champagne and walk away from the view, nearby there’s rather a lot to do…

A gorgeous stately home just outside Golspie, and walkable along the coast from the cabin, Dunrobin Castle has lovely gardens – with the design copied from Versailles! Dunrobin Castle is the historic family seat of the Earls of Sutherland, chiefs of Clan Sutherland and is a popular spot for Instagrammers – the castle looks like it just fell out of a fairy tale! There are also falconry displays every day – it is well worth timing your visit to hear the history of falconry in Scotland and around the world – and watch just how fast the peregrine falcon will swoop over your head! The castle is open from 11.00 until 4.00pm daily, with the falconry displays at 11.30 and 2.00pm.

Stay at the Birdwatchers Cabin

I can honestly say that the Birdwatcher’s Cabin is one of our favourite places we have ever stayed in Scotland. From the lovely and genuine warmth in welcome we received from hosts Lizzie & Boban, an early morning wander through the woods with friendly Shoto (we almost bundled him into the car) incredible osprey watching from our deck, and rather excellent food… It’s no hyperbole that we were really reluctant to leave the Birdwatchers Cabin at the end of or weekend.

If you are looking for somewhere to stay on the North Coast 500, or just for a romantic weekend away in Scotland, then I highly recommend you book the Birdwatcher’s Cabin. We are itching to go back and watch that view some more…

Our stay at the Birdwatcher’s Cabin was complimentary. This post contains *affiliate links* I may make a small commission from. 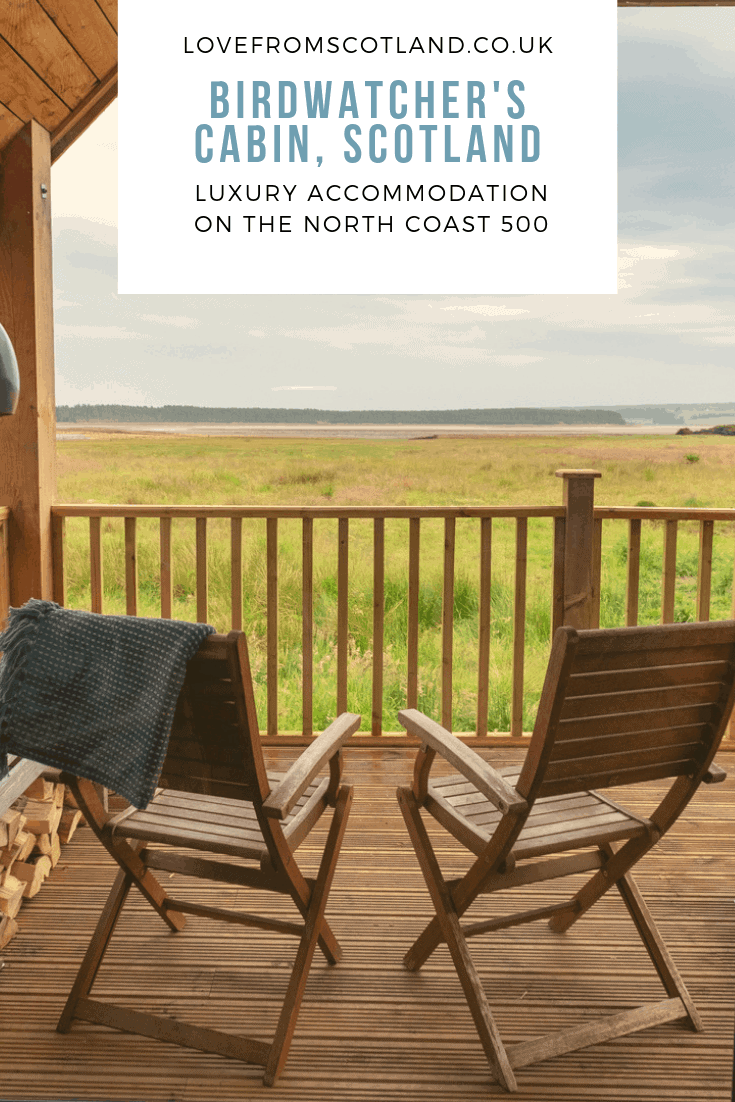 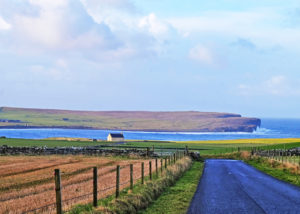 Crofting in Orkney at Instabillie 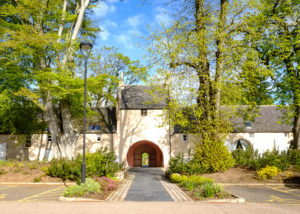