Scotland was voted the world’s most beautiful country in 2017 – and it’s easy to see why. Our year was full of Munro bagging, canal boating and whisky drinking. Here’s my highlights of what we got up to on my Scotland travel blog.

10 – Discovering the East Coast of Scotland

From the East Neuk of Fife to Dunnottar Castle, in 2017 we ate seafood with a seaview at Stonehaven, climbed the beautiful Corrie Fee, camped in a wildflower meadow at Greenhillock Glamping, fell in love with St Andrews, and drove the Angus Coastal route. In my opinion, Scotland’s east coast is just as beautiful as the west, and is crying out for you to visit.

Why you should visit the East Neuk of Fife

Things to do on the Angus Coast 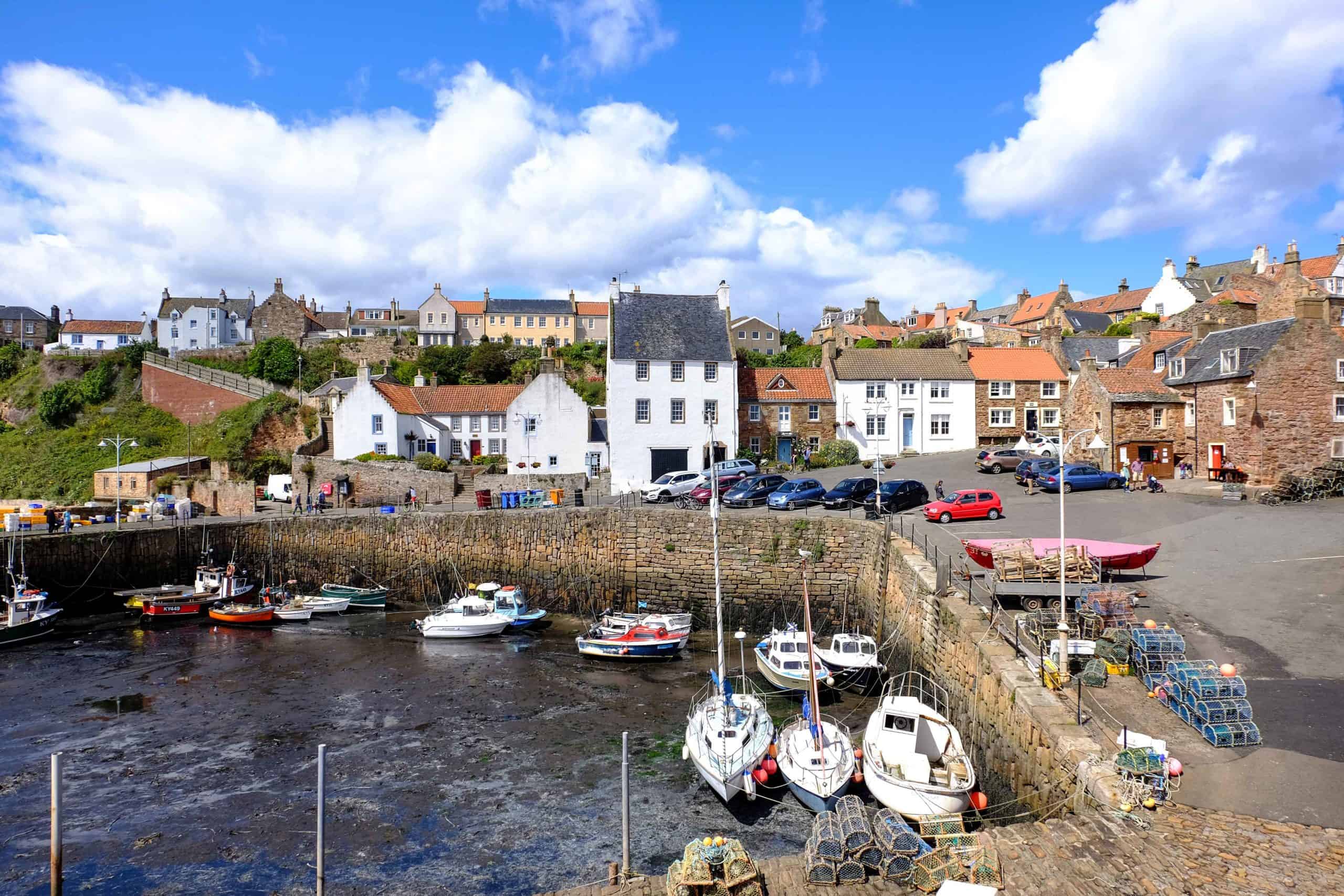 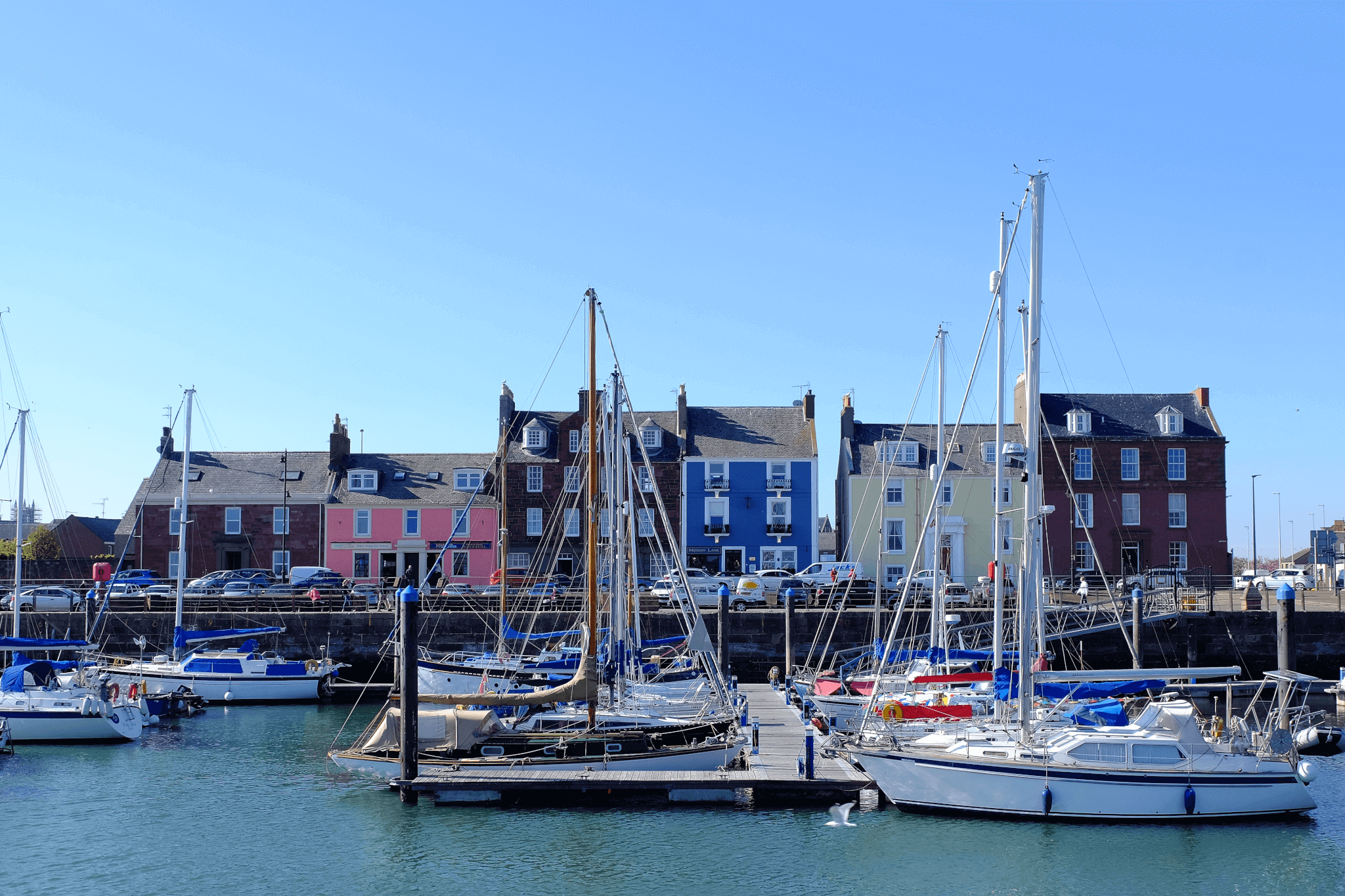 9 – Getting a different view of Loch Lomond

Get away from the crowds at the ever popular tourist destinations of Balloch, Luss and Tarbet. Instead, we climbed up and discovered a much better view of Loch Lomond from Conic Hill, Beinn Dubh, Ben Lomond and Ben Vorlich.

Where to stay – Lodge on Loch Lomond 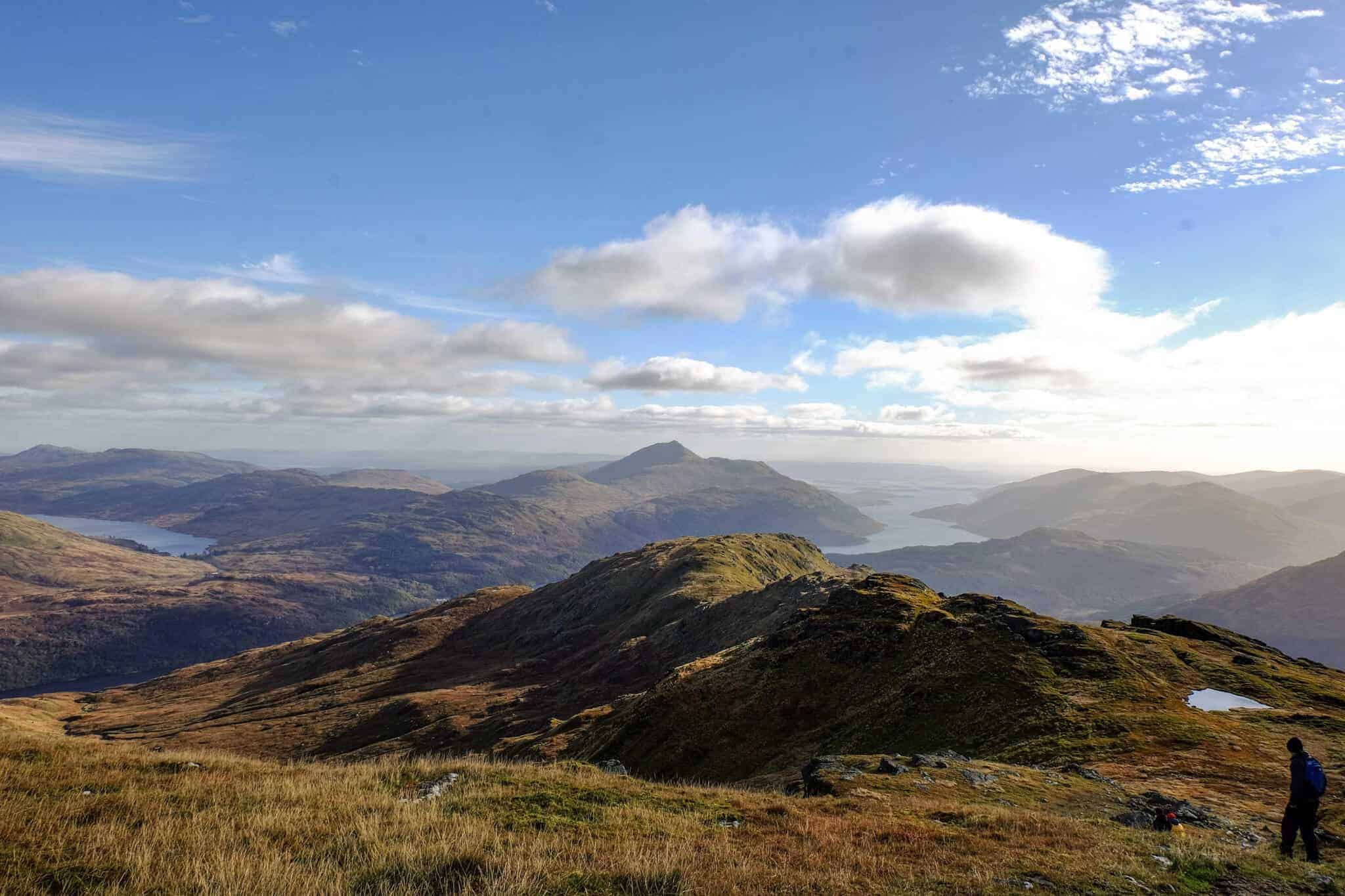 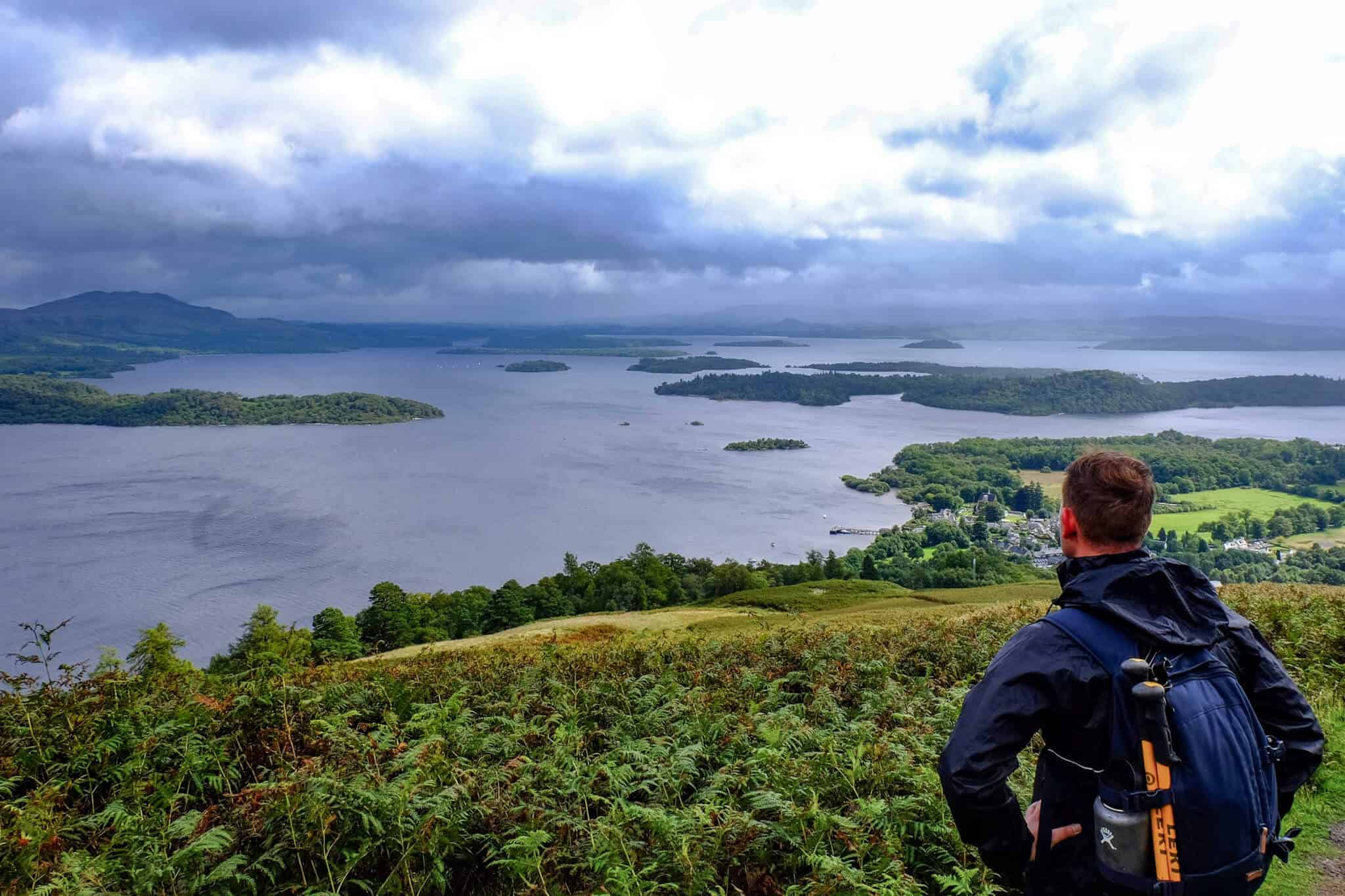 The tiny village of Crinan and its canal was probably my favourite discovery of 2017. Hidden deep in Argyll, Crinan is way off the beaten tourist path – and all the better for it. In fact, from Arduaine Gardens to Kilmartin Glen, with views across to the

Where to stay: Loch Melfort Hotel

7 – Getting active in Highland Perthshire

I’ve strolled in the Perthshire countryside and along its lochs many times over the last 20 years I’ve lived in Scotland, but 2017 saw us get a little more active  From riding a RIB on Loch Tay, to a mountain safari in a 4×4 at 3000ft, horse riding along the River Tay, to cooking seafood at a cook school we got up to a whole lot at Loch Tay and the surrounding areas.

How to have an adventure on Loch Tay

Going on Safari in Scotland 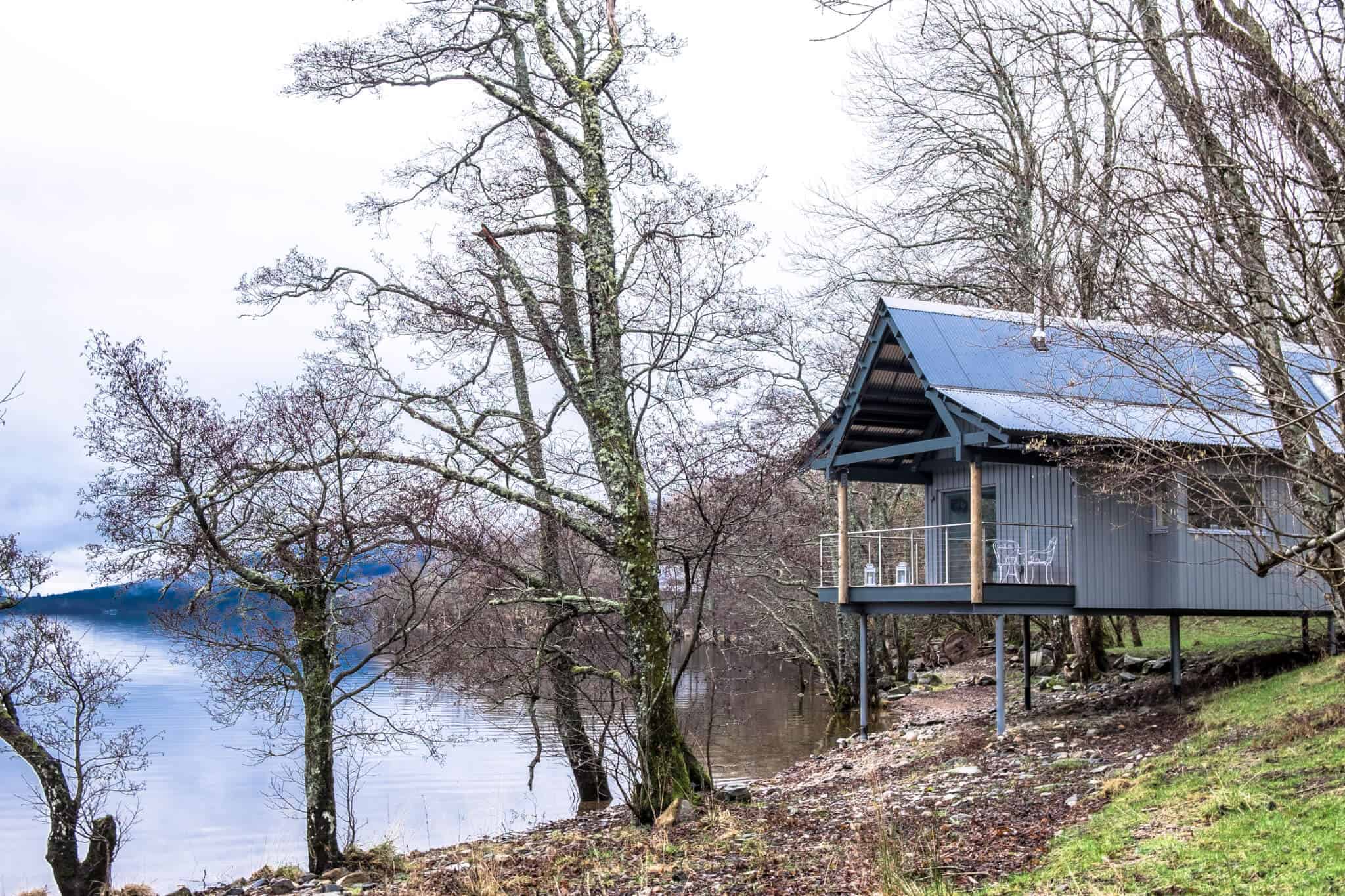 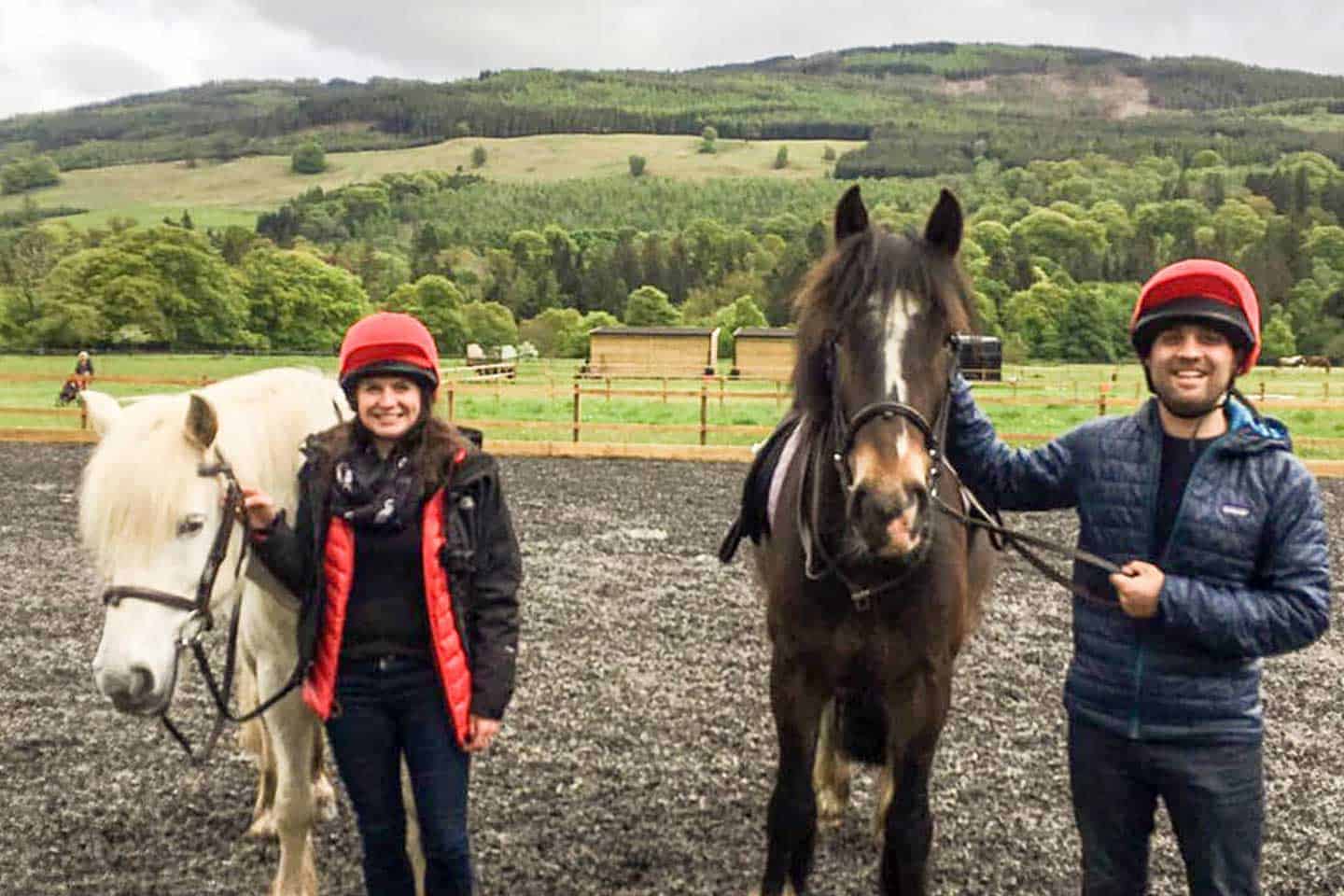 6 – Eagle Brae and the Strathglass Glens

I’ve stayed in some fabulous places in Scotland this year, but the most unique of all must be Eagle Brae. Above the beautiful Strathglass glens of Affric and Strathfarrar sit 7 luxury log cabins imported from British Columbia and decorated with carvings from the Himalayas. We had a wonderful long weekend relaxing in our lodge and walking in the ancient Caledonian forest, definitely a highlight of my year!

Where to stay – Eagle Brae 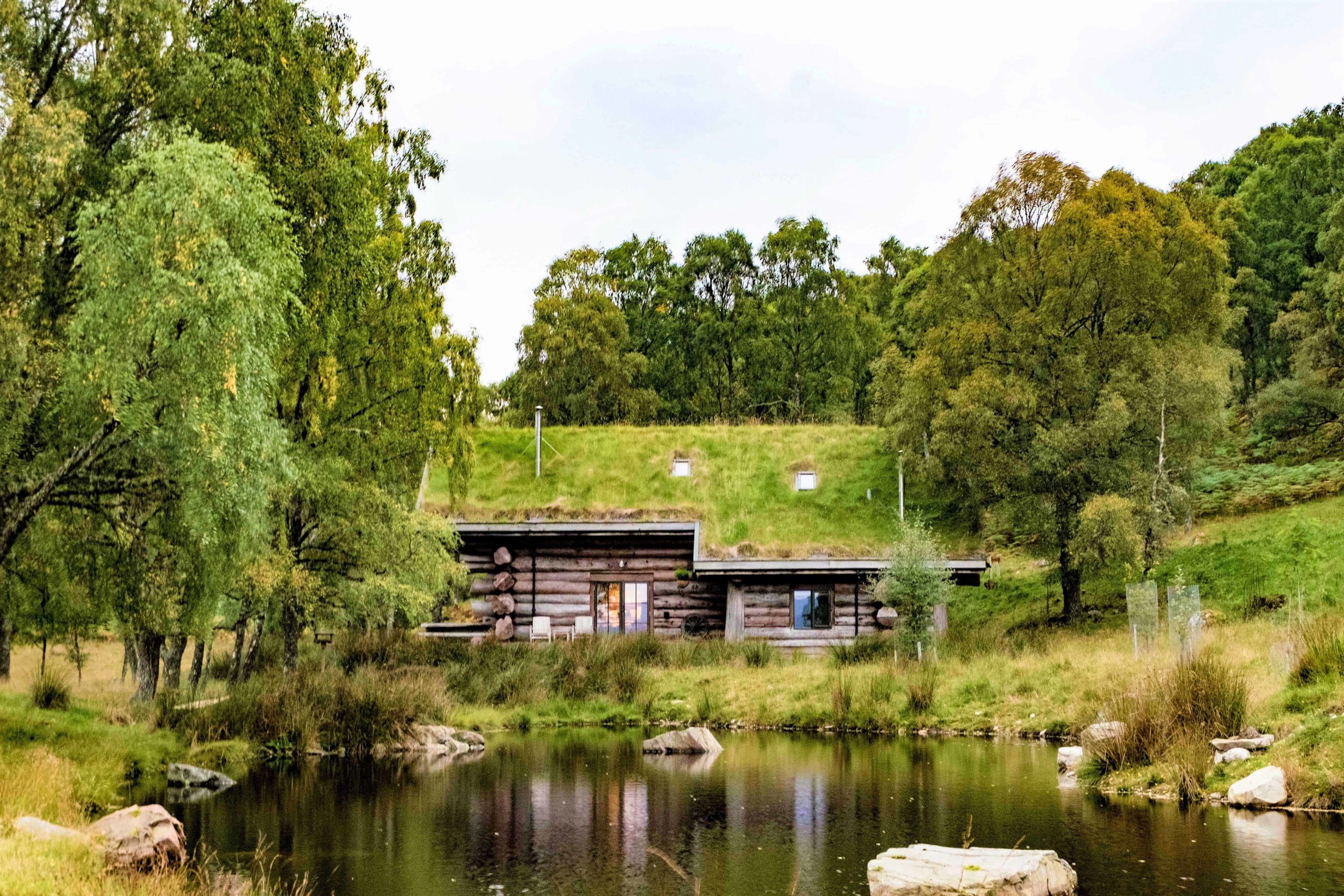 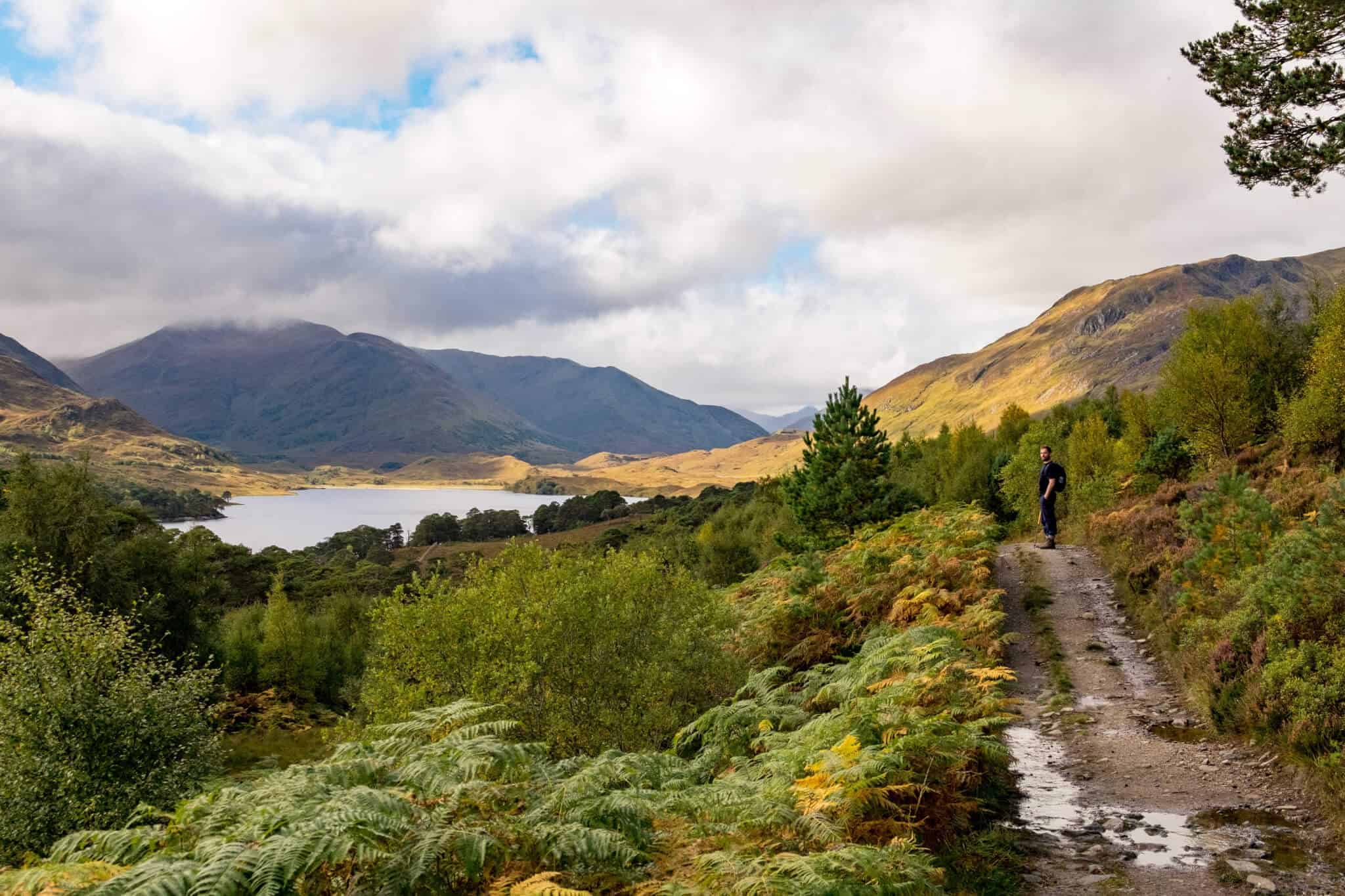 The best thing I got up to in 2016 in Scotland was become a Munro bagger, and it’s a sign of how much hill walking has become a part of my life that the 21 Munros I’ve climbed in 2017 are only halfway up my list for this year. We started the year by getting out of our depth in the fog on Ben Ime at Arrochar, then climbed Schiehallion in full winter conditions, did most of Beinn a’Ghlo in the rain, and finished on An Caisteal and Beinn a’Chroin – an incredible year in the mountains.

A beginner’s guide to climbing a Munro 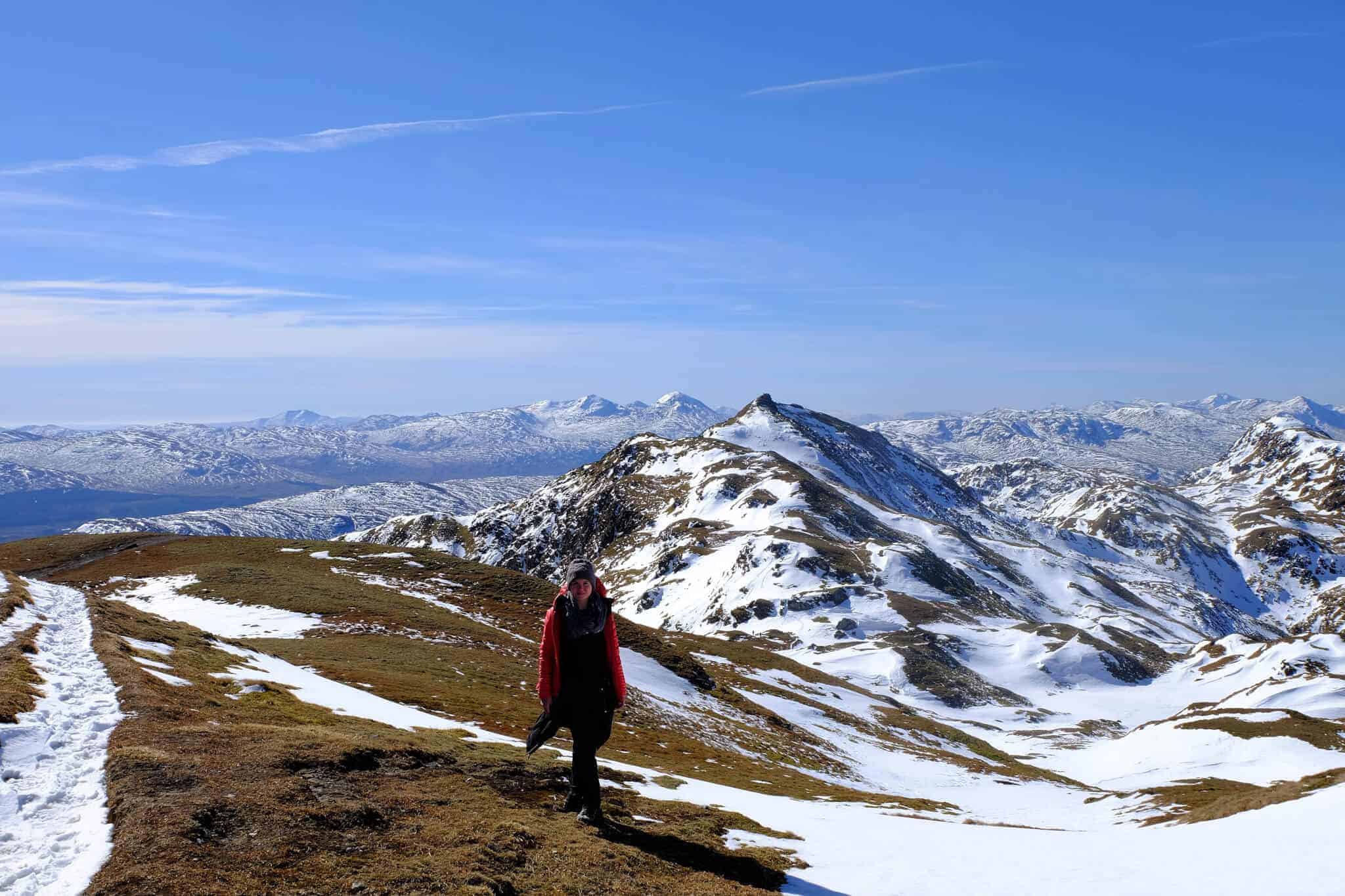 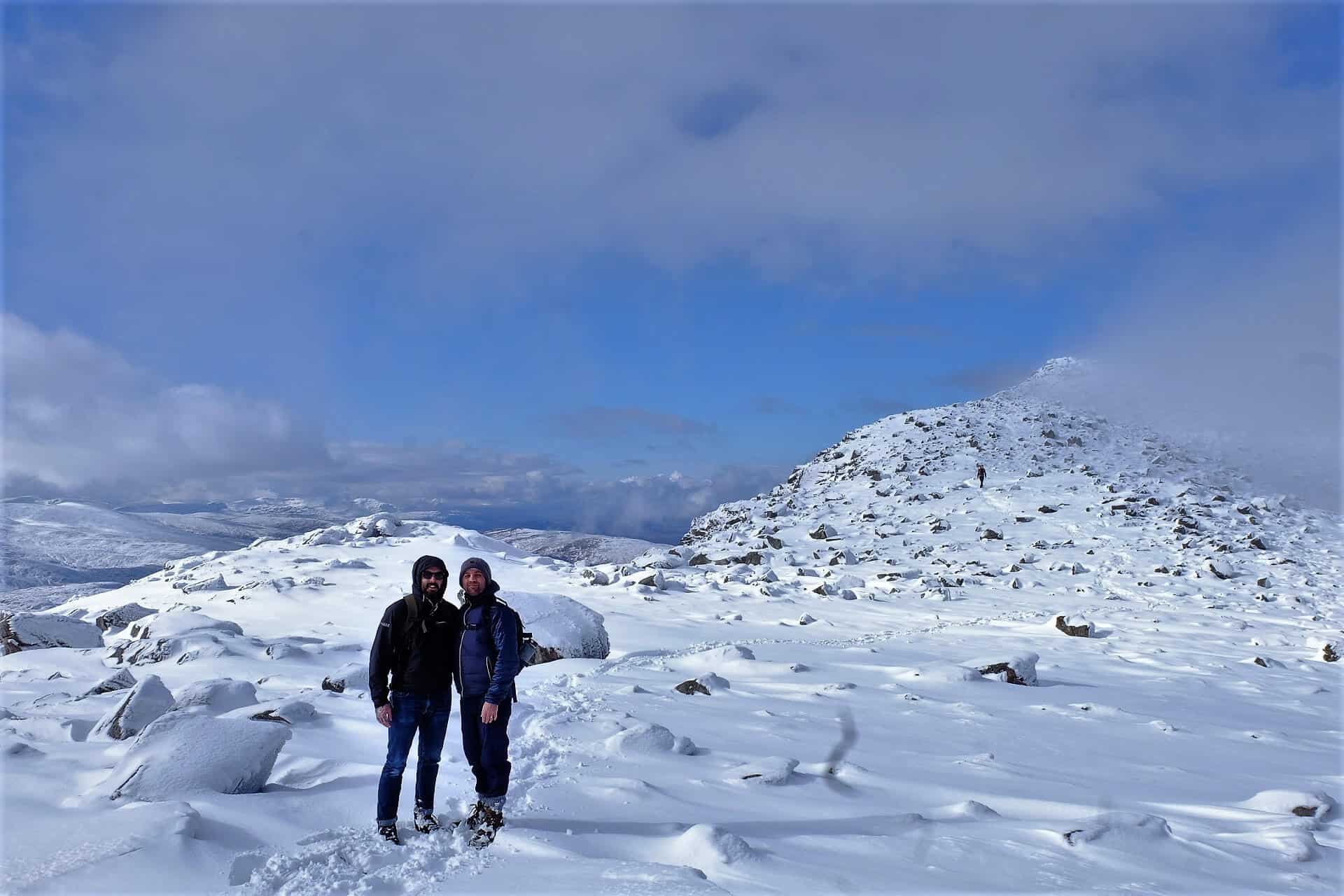 4 – An Easter road trip to the Isle of Mull

I love showing off Scotland and at Easter, I took my parents on a whirlwind ferry hopping road trip from Edinburgh, through Glencoe and Glenfinnan, up to Glenuig, through Ardnamurchan to Mull, and then back to Oban over just 3 days! What a trip, with some typically Easter weather resulting in a couple of great nights out in Oban and Tobermory.

24 hours on the Isle of Mull

Where to stay – The Glenuig Inn 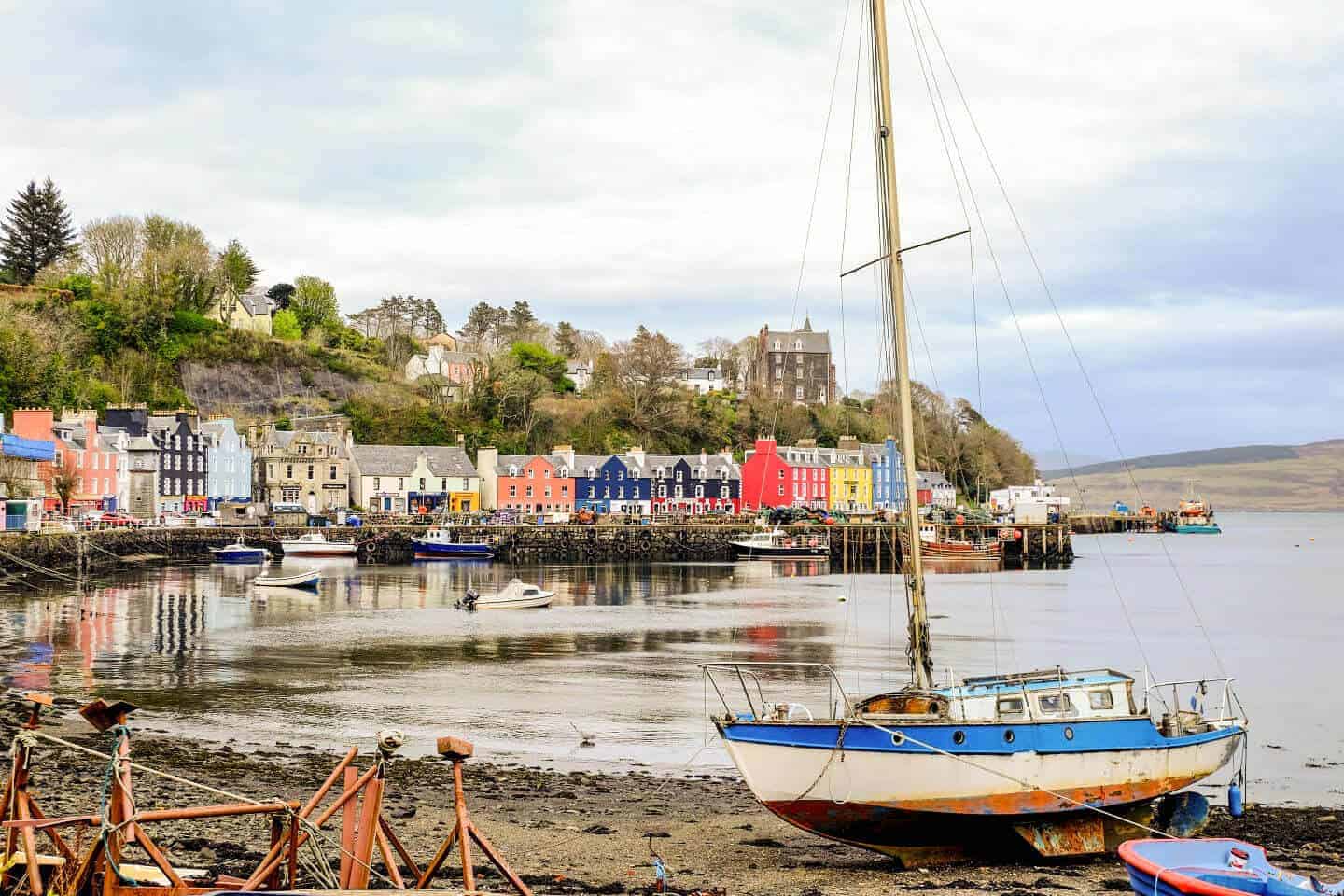 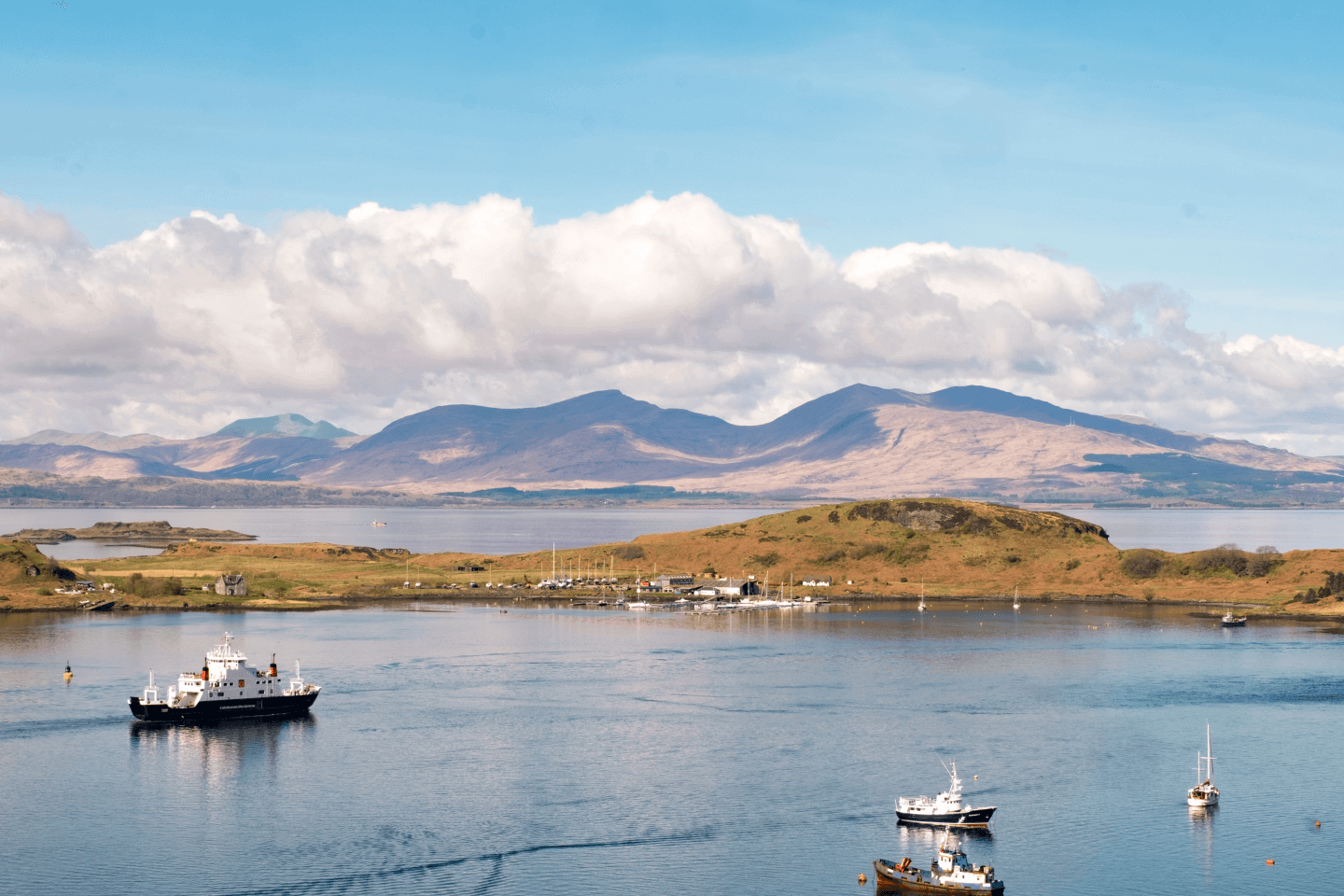 I got a few funny looks when I said that I would be spending my summer holiday sailing the Caledonian Canal (with my parents) – but it has been on my bucket list for years. We had a lovely week on our cruiser sailing from Fort William to Inverness – with my Dad and B acting as skippers and mum and I serving the well deserved drinks along the way.

how to sail the Caledonian Canal 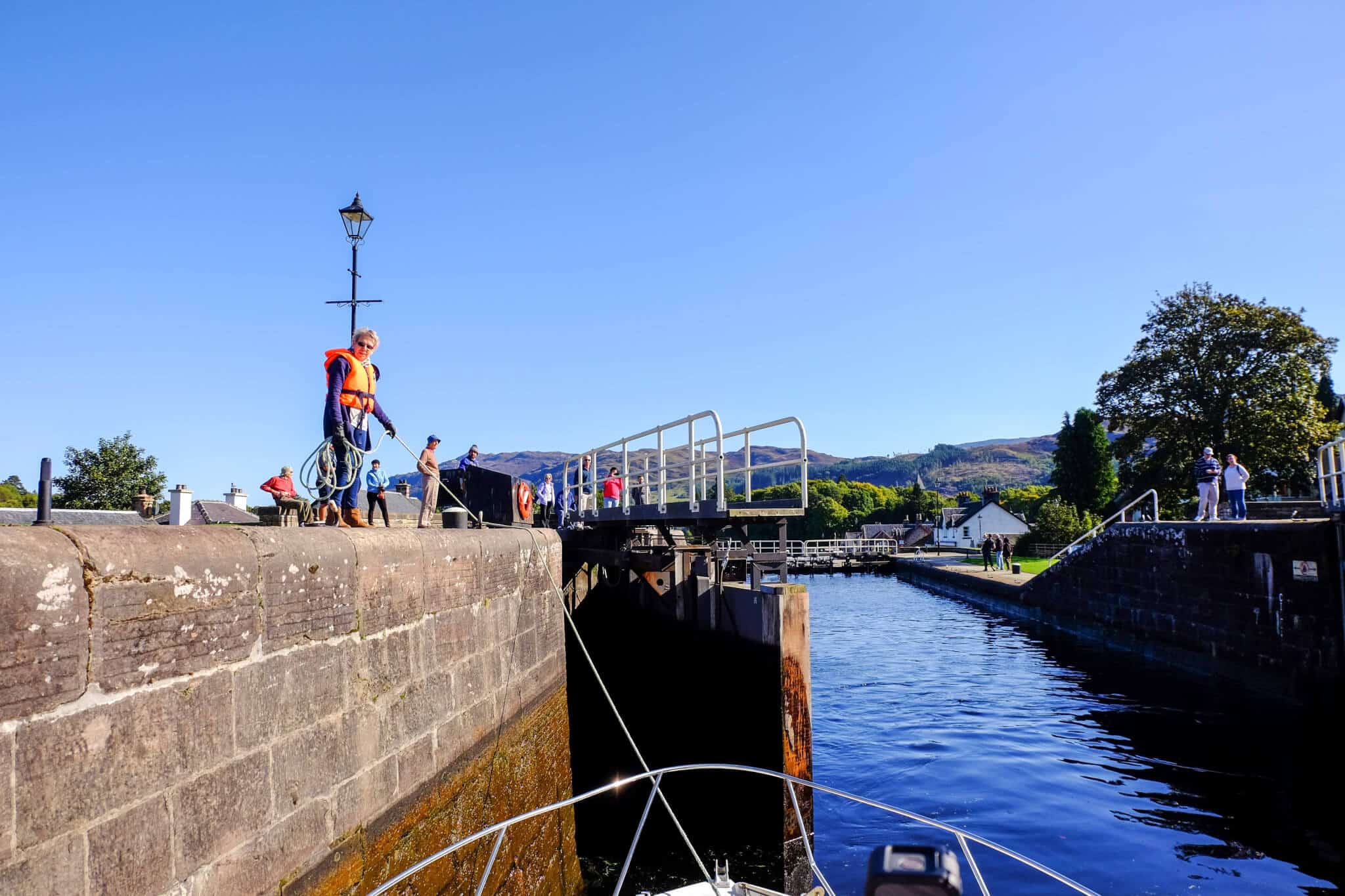 If you said at the beginning of 2017 that I would be finishing the year having bagged the Big Ben, then I’d have laughed at you. The highest mountain in the UK? Over 4000ft? Yeah right. But I did it and despite me crawling along for much of the second half we also climbed it in 5 and half hours. Ben Nevis wasn’t my favourite mountain day of 2017, but it is the one I am most proud of.

how to climb Ben Nevis 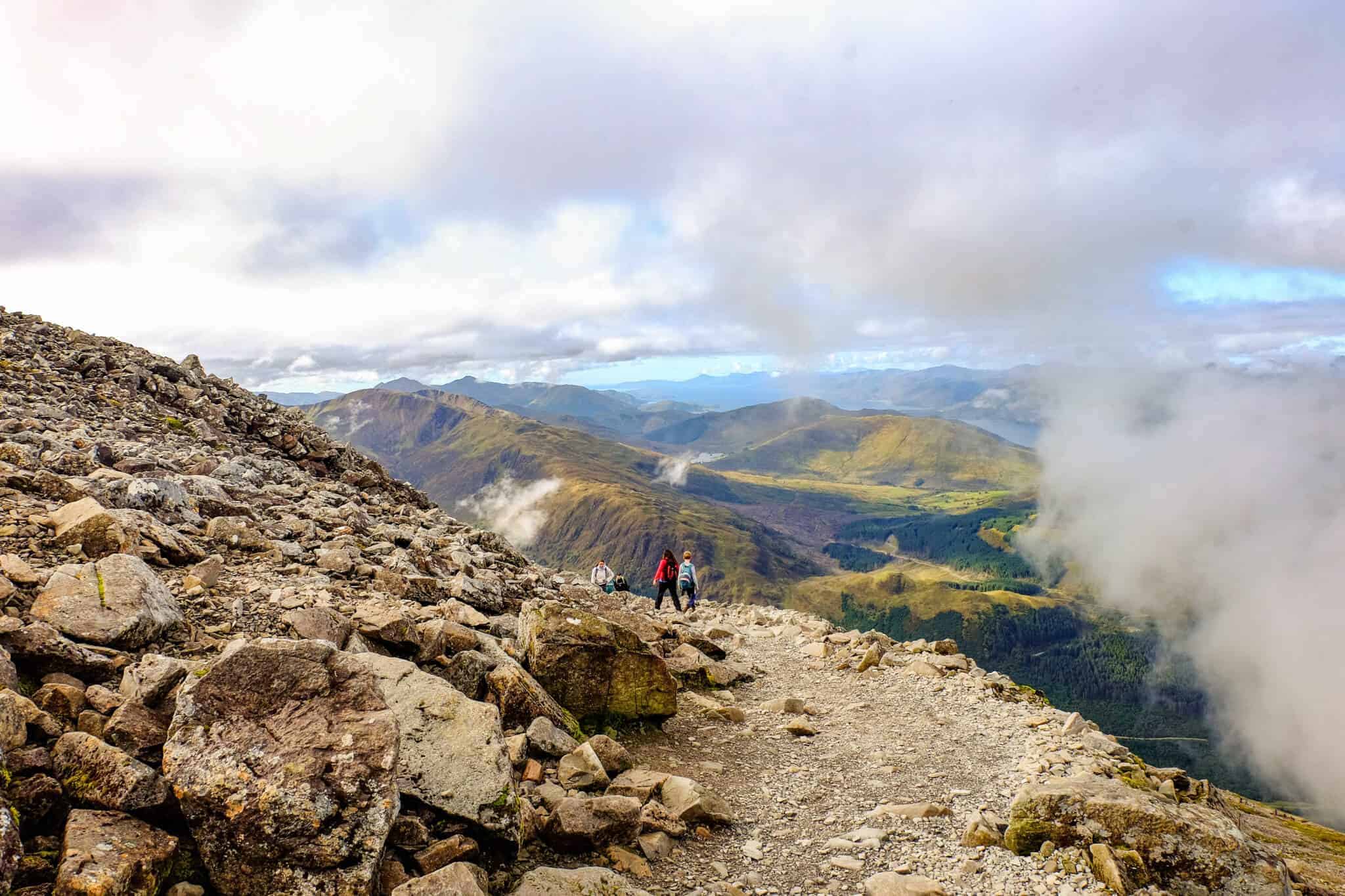 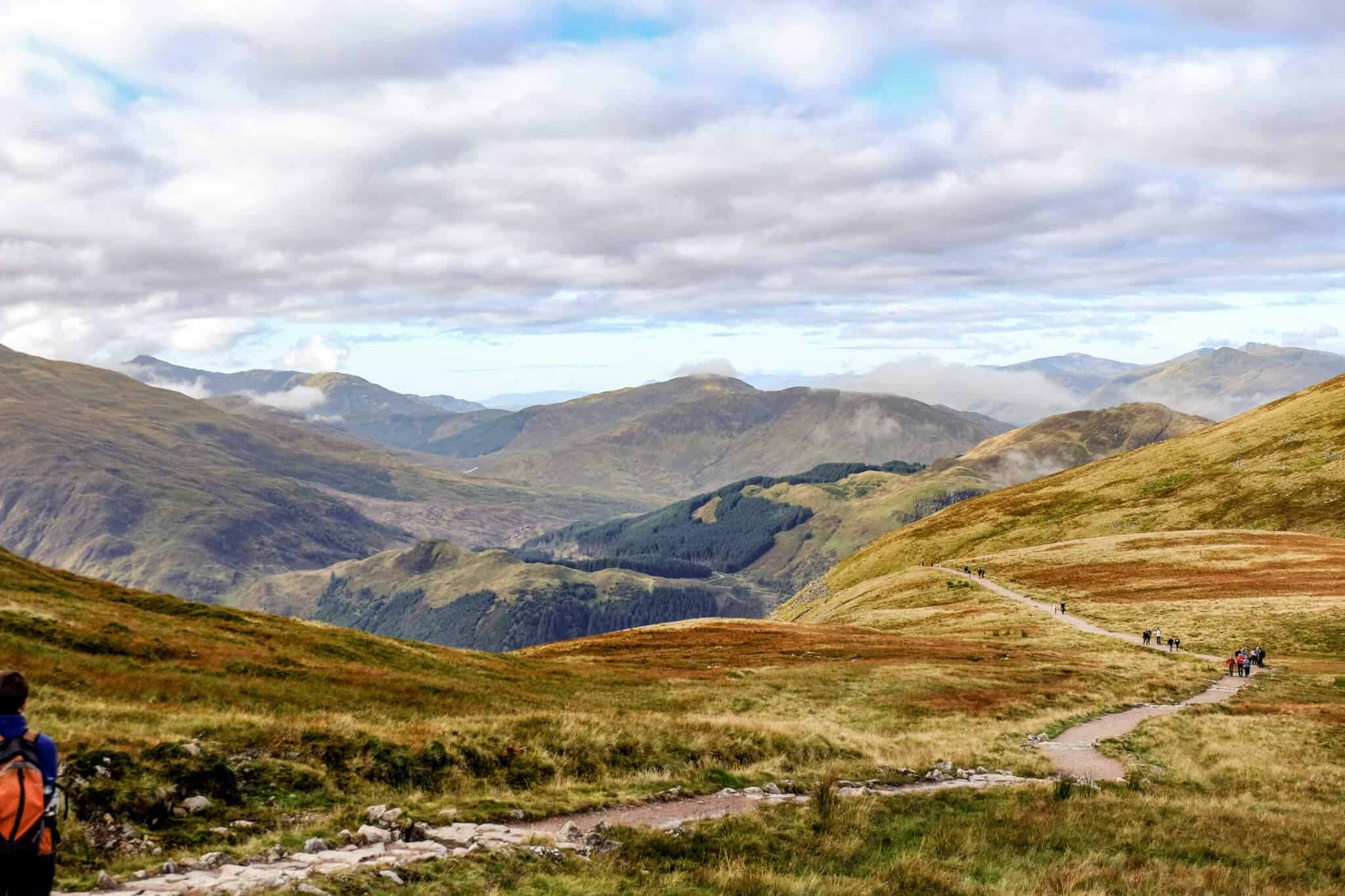 Of all the best bits of Love From Scotland in 2017, my favourite was producing two videos for BBC Scotland as part of their This is Life campaign. My first video – a Beginner’s Guide to Bagging a Munro saw me climb 12 Munros in 3 weeks, learn how to use a video camera, learn how to be on camera, how to edit a video (from scratch) and how to get used to 500,000 people having watched me on the internet.

My second video, a guide to road trips in Scotland officially went viral and over 3.5 million people have now watched my love letter to my home country. The response to the two videos has been incredible – and it’s nice to see people love Scotland as much as me.

So that was my Scotland 2017. Thanks to all of you who have popped by, commented, said hello, or followed me on my Scotland travel blog!

The best bits of Love From Scotland in 2016 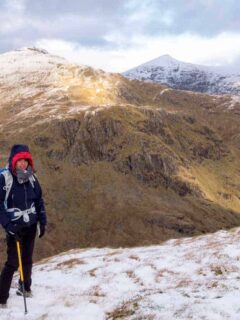 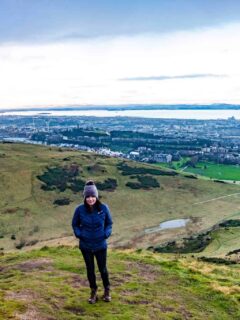 Agness of a Tuk Tuk

Scotland is an astonishing and truly picturesque travel destination, Kate! Each one of these sites is definitely worth exploring. How many days would be enough to see all the highlights there?