The glens of Speyside contain a lot of secrets – and most of them are to do with illicit whisky. We took a Speyside whisky tour behind the scenes of ‘the single malt that started it all’ with the fantastic Glenlivet Hill Trek.

Sampling the whiskies of Scotland is one of my guilty pleasures – and I have a lot of favourites from the highlands to the islands. A visit to Speyside, one of my most undiscovered whisky regions, had long been on my to-do list, but with more than 50 Speyside whisky distilleries to choose from – I had a hard time deciding which one to visit first!

However, unless you are a whisky distilling connoisseur, once you’ve seen one distillery you have (mostly) seen them all – the process is pretty much the same. What distinguishes the distilleries from each other are the stories behind the making of the whisky – and the whisky of course! In Scotland, the oldest whisky brand there is is The Glenlivet, and it turns out it has more tales than most…

Fancy a sneak peek of our Speyside whisky tour with Glenlivet Hill Trek?

A hilltop tour of Glenlivet with Glenlivet Hill Trek

Charlie from Glenlivet Hill Trek starts his One Life, One Livet Tour at the front door of the impressively large The Glenlivet distillery. The first part of your day is a tour of the famous Glenlivet Estate in a luxury 4×4.

You will visit the banks of The Livet river and its impressive packhorse bridge – The Glenlivet recently rebranded and have used the bridge as their new logo – and then on to Drumin Castle, an impressive 14th-century tower house built for the infamous Wolf of Badenoch, where Charlie introduces you to your first dram of the day, a whisky made to celebrate The Glenlivet’s founder.

With no age declaration, the Founder’s Reserve is a light and creamy Speyside malt, a perfect introduction to the whiskies of the glen. 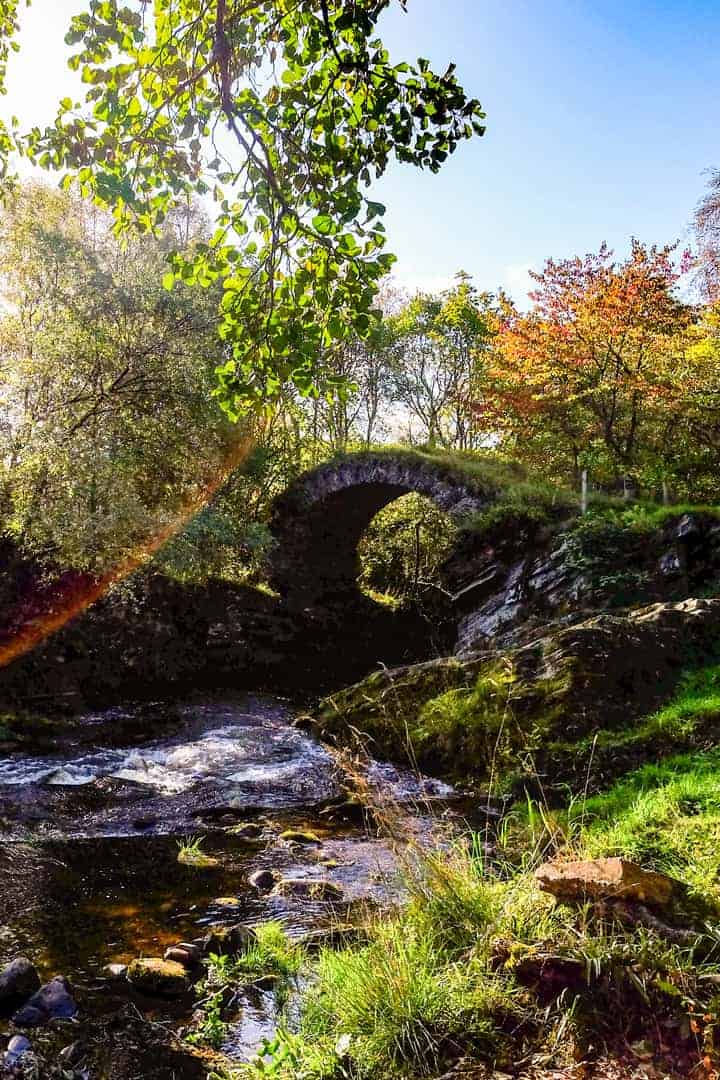 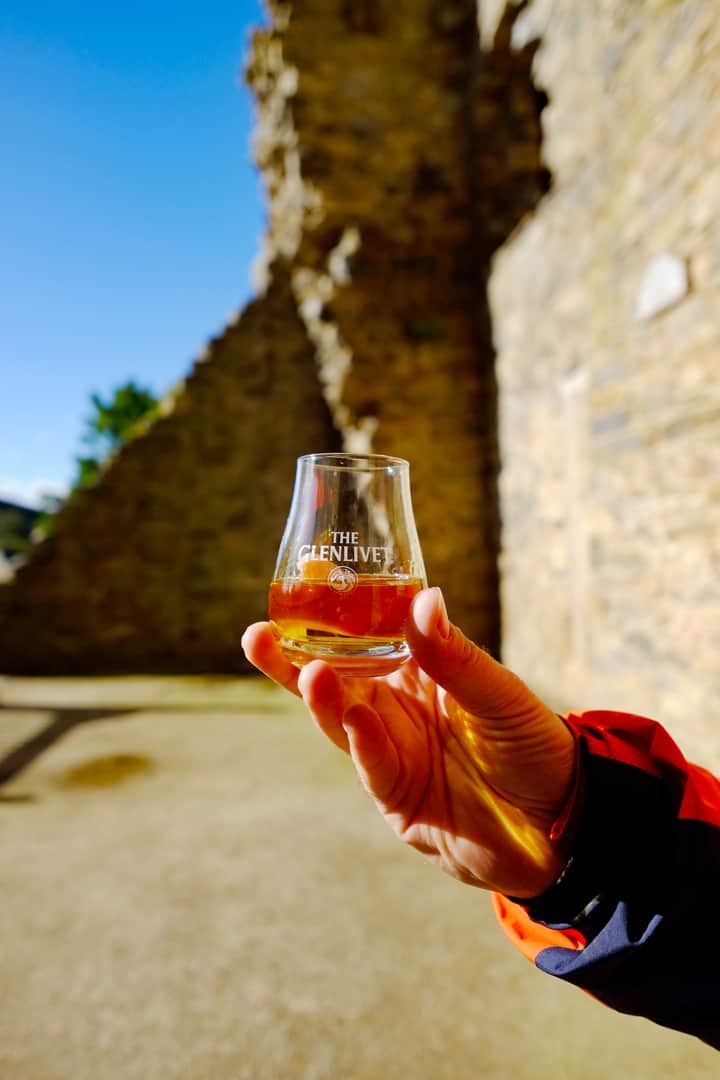 Speyside whisky – Illicit distilling and a pair of pistols

Speyside’s favourite hobby has long been the distilling of whisky. Back in the 1800’s whisky was heavily taxed leading to a huge growth in illicit stills making ‘moonshine’ – the distilling was done at night when the darkness hid the smoke from the stills. The Braes of Glenlivet soon became filled with whisky stashes ready to be smuggled out of the glen.

The smugglers, including the most famous, canny crofter Robbie MacPherson, worked together to avoid the tax man, including setting up a smuggling warming system from the surrounding hills. The smugglers had it far from easy, Glenlivet’s excise officer, Gillespie the Gauger, was legendary at catching them heading south over the dangerous Cairngorm mountains complete with whisky stuffed coffins!

Becoming tired of not being able to sell the whisky being made on the Glenlivet Estate, the Duke of Gordon successfully petitioned the government to legalise and license the production of whisky. The Duke encouraged his tenant farmer George Smith to apply for the first £10 license – and in 1824 Speyside’s first legal distillery was founded.

This promptly upset everyone else – the loan of a pair of pistols, a fight over The Glenlivet name, and a burned out distillery later and you have The Glenlivet Distillery you see today. 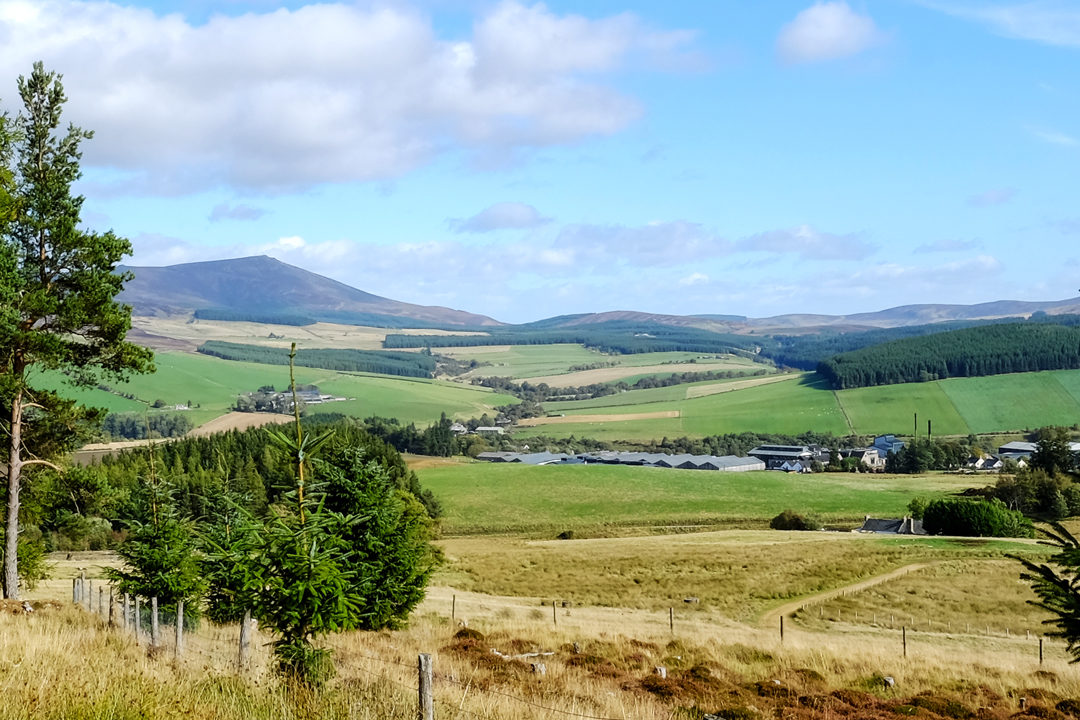 Up into the hills in an Argocat

Charlie then swaps his 4×4 for an all-terrain Argocat (basically a mini tank) called Monarch of the Glen to take you up into the hills above the Glenlivet Estate.

Capable of climbing Scotland’s hills, practically indestructible, aquatic and being able to turn in a complete circle at the sight of a Scottish bog, the Argocat is basically my dream vehicle.

I couldn’t stop grinning as we slowly climbed up Carn Ghrantaich. With incredible views of Ben Rhines and south to the snow-capped Cairngorms we stopped at the top to admire the view (incredibly briefly, it was blowing a gale) and then descended to the site of the first Glenlivet Distillery at Upper Drumin and past Josie’s Well, still the source of most of the distilleries’ water. 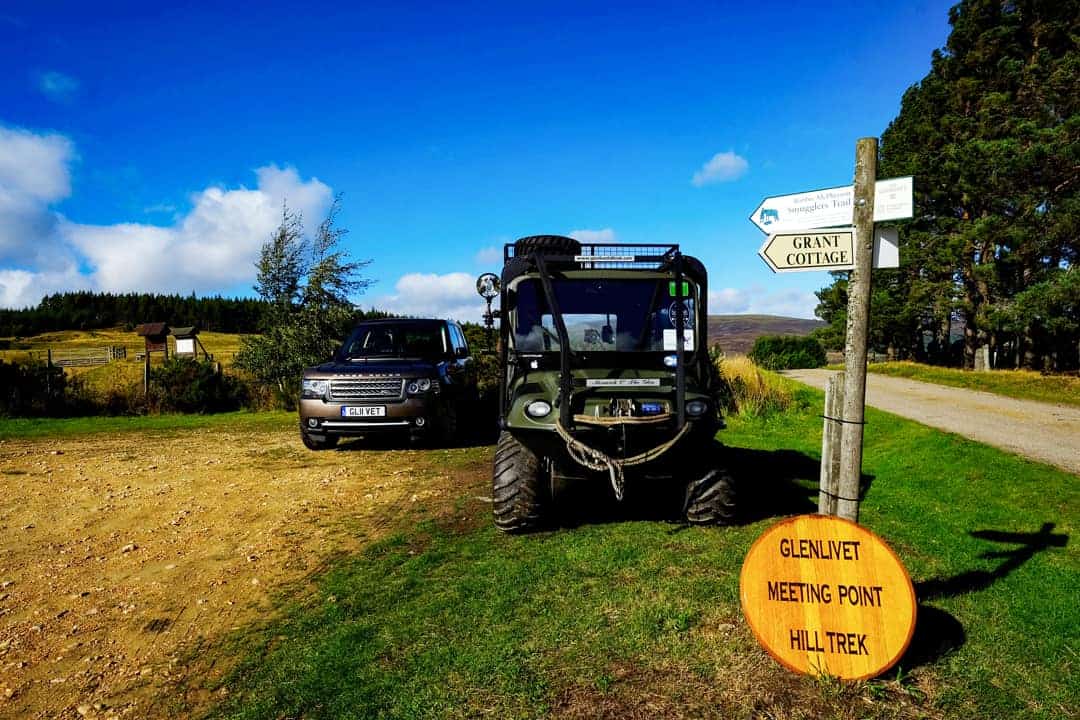 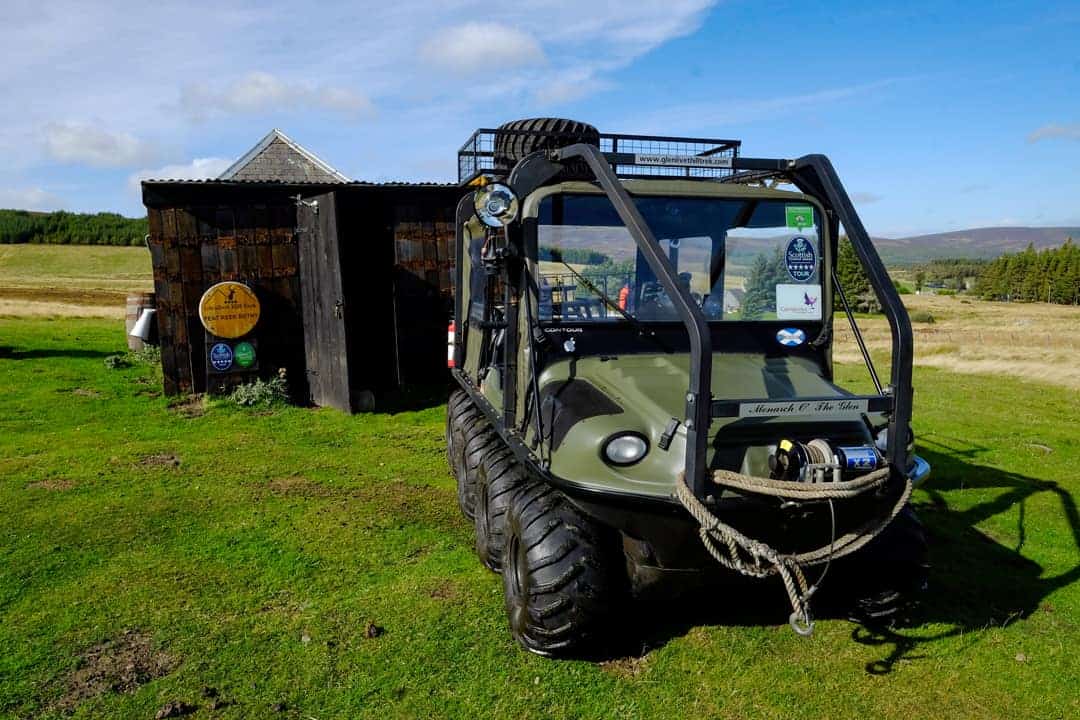 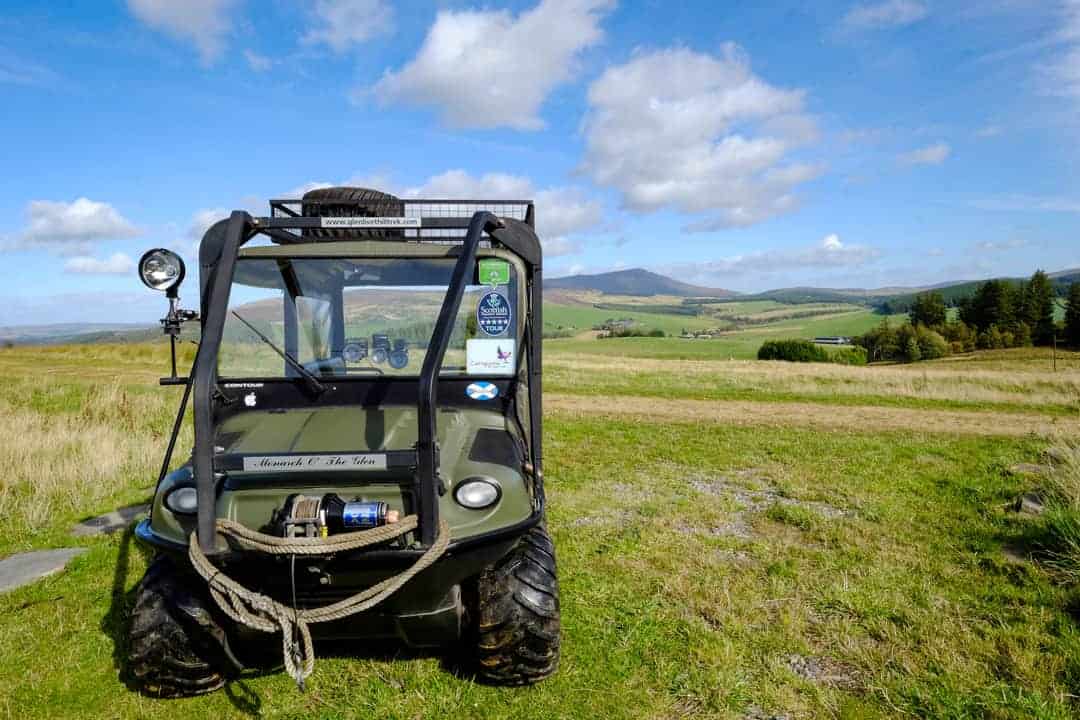 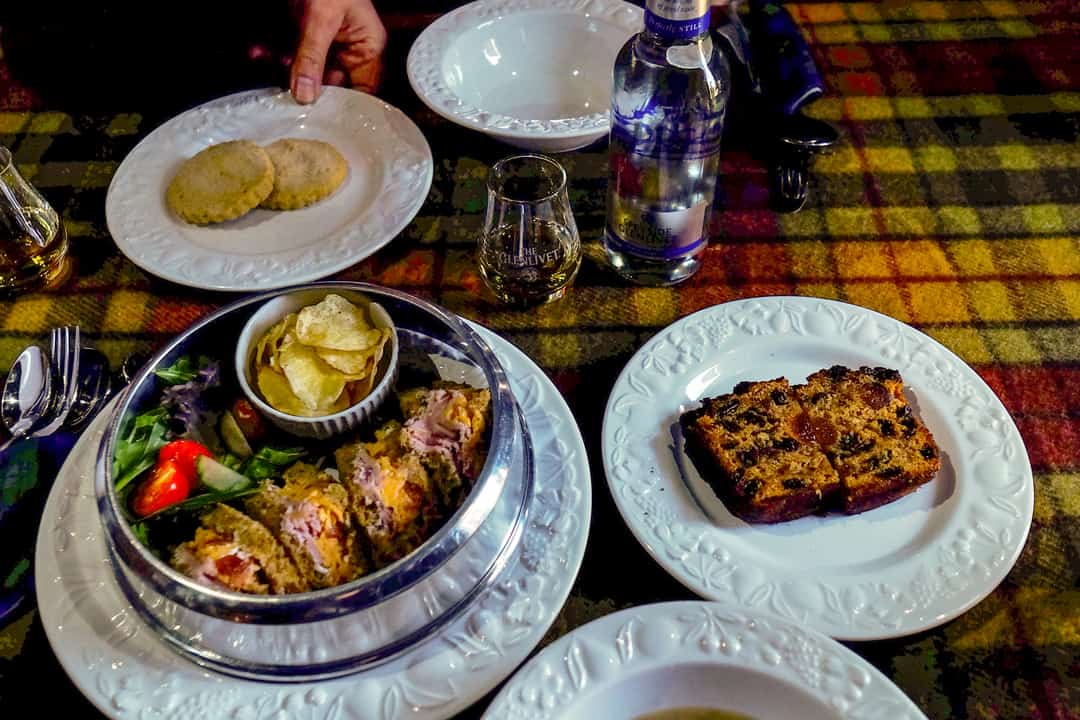 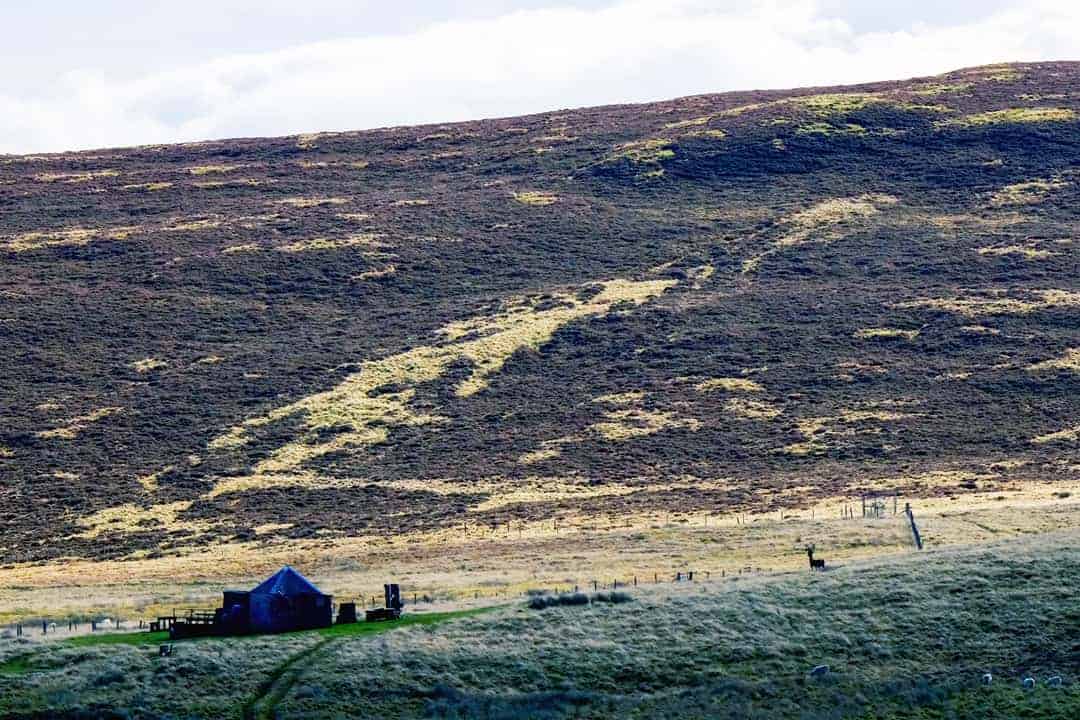 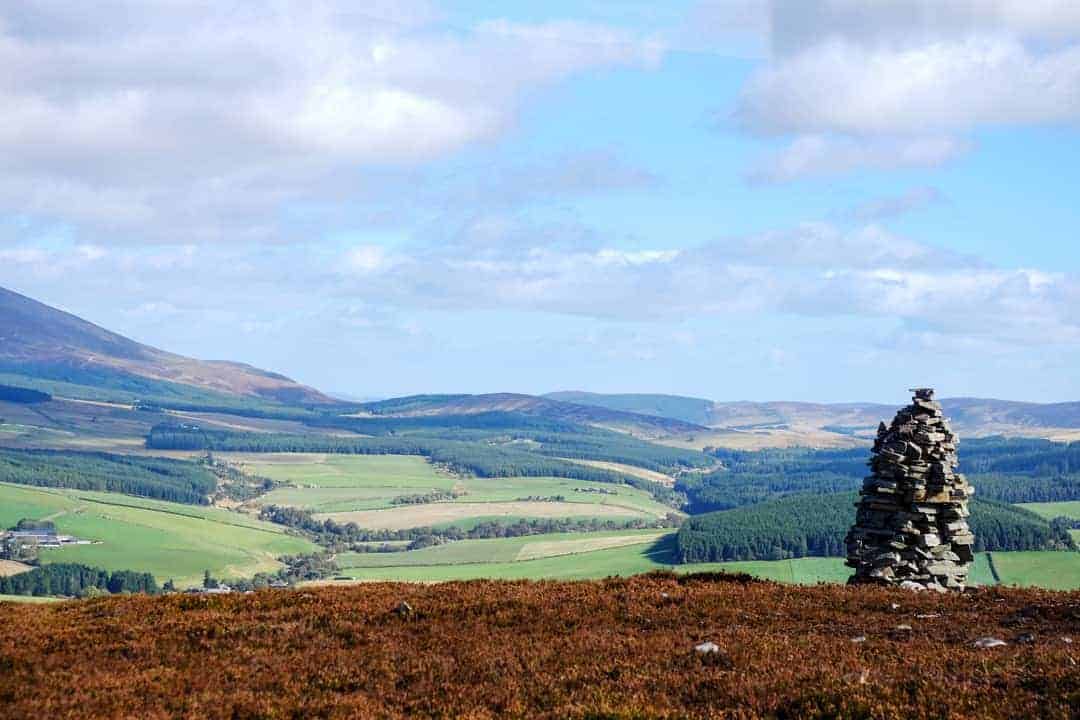 By this point, you’ll be in need of another dram and Charlie doesn’t disappoint for up on the hillside is Glenlivet Hill Trek’s bothy, where he introduces the good stuff, The Glenlivet’s powerful 15-year-old. With the weather up on the Scottish hills – you can see why Scot’s love (need) a dram so much, I warmed up pretty much instantly!

The One Life, One Livet Tour includes a delicious homemade lunch dropped off by Charlie’s partner Susan – ours included deep filled ham & cheese and chicken sandwiches, a warming mushroom soup and a fantastic homemade fruitcake, along with tea and coffee. Charlie left us to enjoy it – along with a soundtrack of nearly indecipherable stories about Glenlivet told by the locals of the glen. Turns out it is Leee-vat, not Live-at, if you want to pronounce your whisky correctly, by the way. 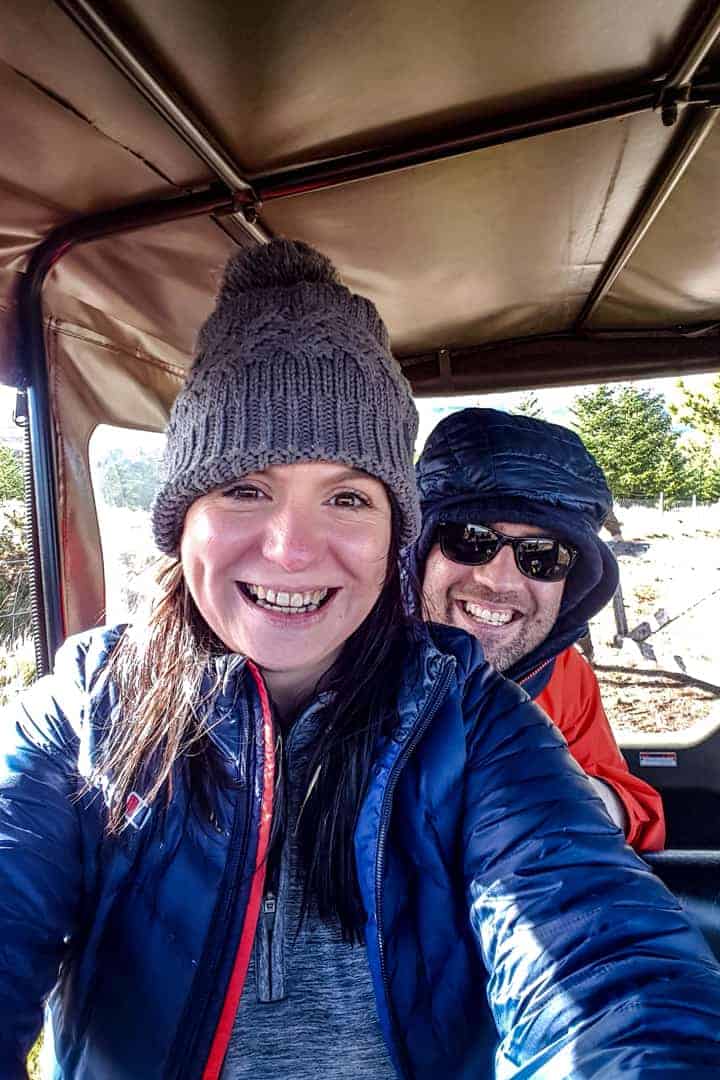 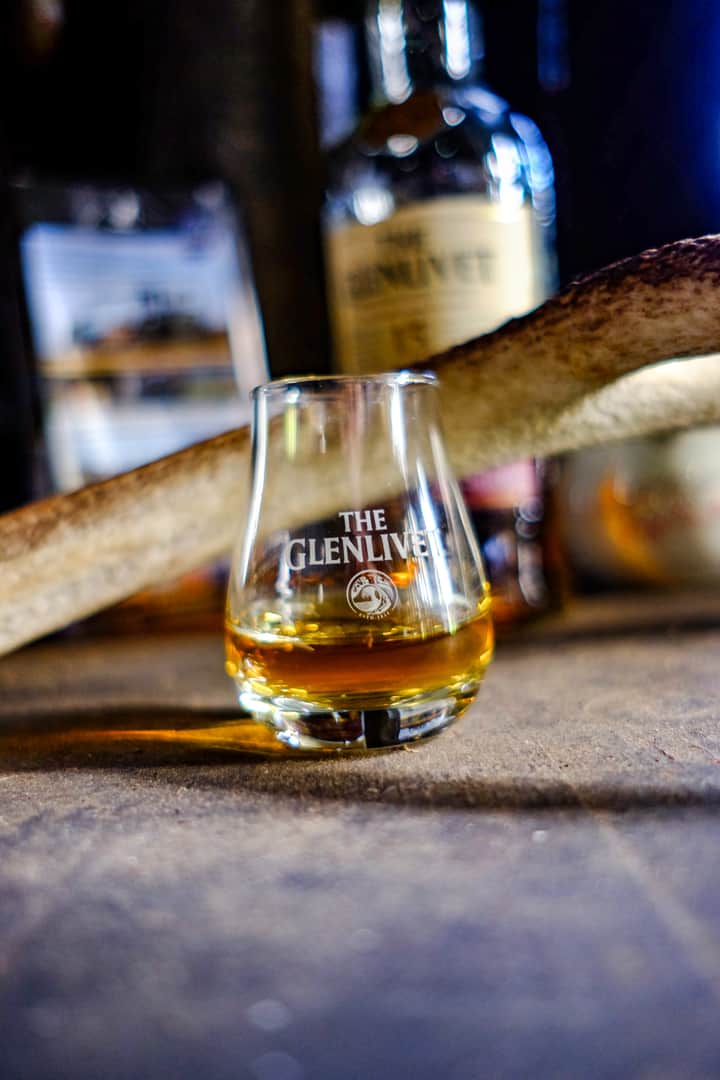 Speyside whisky, mountains and Argocats – no wonder we are grinning – what a brilliant day out! Thanks to Charlie for having us.

Our One Life, One Livet Tour also included a tour of The Glenlivet Distillery, or take an Argocat adventure up into the mountains.

If you like whisky – then you have to visit the Isle of Islay!