Being a Stockbridge on a Saturday regular i’d passed Harajuku Kitchen’s street food market stall many times; but due to the enthusiastic queues I had not actually sampled their selection of udon noodles, dumplings and miso soup. When an invite popped into my inbox inviting me to come along to their physical home on Gillespie Place, Edinburgh, I emailed B with one word, DUMPLINGS.

For those who don’t have a minor obsession with Japan, Harajuku is the district of Tokyo made famous by the Harajuku girls street fashion. I visited in 2009 and loved Tokyo so much – someone please take me back! In the meantime though I have to regularly console myself with Japanese food. I was so excited, we’d booked an early tea at Harajuku Kitchen and whilst the restaurant was quiet, with only 4 tables happily slurping away, it was relaxed and comfortable. We settled in our window seat and ordered a couple of Japanese beers, Asahi (super dry) for me and Kirin Ichiban (American Pale) for B and argued over the menu.

The futomaki (‘fat’) rolls arrived first, nicely displayed on a large tray with traditional accompaniments of pickled ginger and wasabi. Both rolls were delicious, although I think the spicy tuna with its crunchy tenkasu (tempura bits) and cucumber served with japanese mayo and schimimi (seven chilli) spice won this round. I did appreciate though the way the chicken had been tempura battered before it was rolled.

Next up was the hot stuff, the beans were nicely salted, the chicken karaage (you could call this dish ‘JFC’) was crispy and the daikon sauce (which I believe was chilli & white radish) was moreish. However, I was really there for the dumplings and these were the best I’d tasted anywhere in Edinburgh. Both soft and crispy at the same time and filled with pork and nira (a Japanese leek) I ate far more than my fair share and was sorely tempted by another portion. I resisted.

Happily, there is always their street food stall and next weekend (and next weekend) I’ll be firmly planting myself in that queue until I get what I want; more dumplings! Harajuku Kitchen is at 10 Gillespie Place, Bruntsfield and every Saturday at Stockbridge Market. Recommended.

Thanks to Harajuku Kitchen for inviting me & B for dinner. 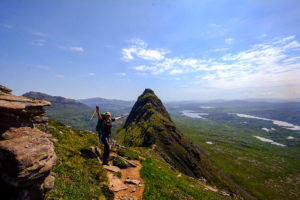 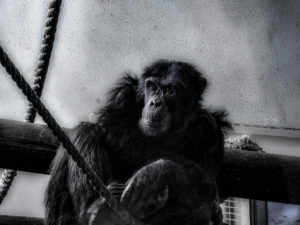